If you like options, you’re going to be in heaven with Battlefield 4’s weapon customization. How does 240 thousand variations on just one of the weapons in the game sound? 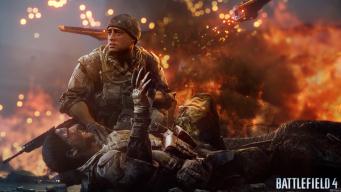 EA says that you need the right tools to get the job done on the battlefield, and judging from the astounding number of alterations that each and every weapon in Battlefield 4 will allow you, the right tool for everything situation is going to be in the game. Or at least, you’ll be able to craft it.

Check out the Battlefield Blog to hear developer DICE’s own Alan Kertz (Core Gameplay Lead Designer) talk up how the same weapon can be “kitted up” in completely different ways to suit your style. Battlefield 4 has already wowed me a lot more than I thought it was going to with it’s looks and play mechanics, but the heavy customization is a whole different animal and is impressive in an entirely different way.

Look for Battlefield 4 to be available on current consoles this October the 29th and next-gen rigs this November.

Jason's been knee deep in videogames since he was but a lad. Cutting his teeth on the pixely glory that was the Atari 2600, he's been hack'n'slashing and shoot'em'uping ever since. Mainly an FPS and action guy, Jason enjoys the occasional well crafted title from every genre.
@jason_tas
Previous Three Wii classics get a new (lower) price point
Next Thor: God of Thunder #14 (comics) Preview