Home / News / Bootsy Collins on board for BandFuse: Rock Legends

Bootsy Collins on board for BandFuse: Rock Legends

Upcoming rock-rhythm title BandFuse from developer Realta. His hat and bass? Yep, they’re in there too.

Bootsy will be just one of the pretty impressive list of musicians that’ll be on hand in the game to teach both rookies and experienced rockers alike the ropes. Players can also expect to see some tips’n’tricks from the likes of legendary guitarists Slash and Zakk Wylde.

BandFuse: Rock Legends will officially be on tour in Spring of this coming year for the Xbox 360 and PS3.

Jason's been knee deep in videogames since he was but a lad. Cutting his teeth on the pixely glory that was the Atari 2600, he's been hack'n'slashing and shoot'em'uping ever since. Mainly an FPS and action guy, Jason enjoys the occasional well crafted title from every genre.
@jason_tas
Previous Bioshock Infinite to get reversible cover
Next Dead Space 3 gets Kinect’ed 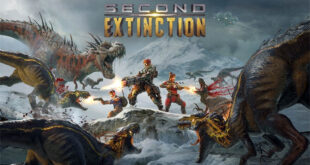