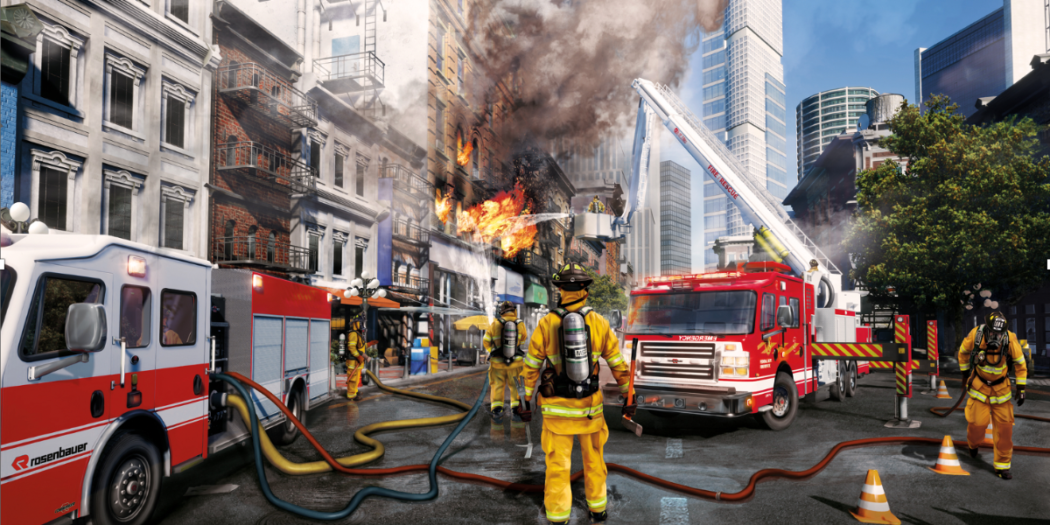 Xbox and PlayStation fans can suit up as of today, to fight back some nasty digital-conflagrations, thanks to Firefighting Simulator – The Squad.

In Firefighting Simulator – The Squad, players take on the battle against the flames alone or in multiplayer with up to 3 other virtual firefighters. In more than 40 varied missions, the virtual firefighters must scan the locations, assess the hazardous situation, and coordinate their own squad. The scenarios include forest fire, aircraft fire or fires in residential and industrial buildings with different fire sources.

Firefighting Simulator – The Squad is out now for Xbox and PlayStation platforms, as well as the PC.

Jason's been knee deep in videogames since he was but a lad. Cutting his teeth on the pixely glory that was the Atari 2600, he's been hack'n'slashing and shoot'em'uping ever since. Mainly an FPS and action guy, Jason enjoys the occasional well crafted title from every genre.
@jason_tas
Previous Here’s a taste of what’s on the way for Ghostbusters: Spirits Unleashed in 2023
Next Face terrifying foes in the depths of purgatory in co-op FPS Perish