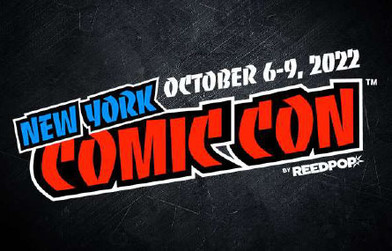 Home / Comics / NYCC 22: Buying some cards and comics at the Con? You might need Ironguard

A comic book and trading card ‘protection’ company, Ironguard is set to hit NYCC for the first time the week, with both product to buy and giveaways.

If you go to comic book conventions regularly, then you know that cards or comics you pick up don’t have a great chance to make it home in perfect condition. Actually, even ‘good’ condition is probably a stretch, unless you bring bags and boards or card sleeves.

NYCC 2022 though, might be a little easier than most of those other shows. That’s thanks to the appearance of a company called Ironguard. If you’re not familiar with them, they make basically anything that you’d want to use to protect your paper goodies.

They say the best defense is a good offense, and Ironguard is going on the offensive at New York Comic-Con! They’re bringing the supplies to you, the collector, at booth 1056, saving you a trip to the website or your local gaming store. Get Ironguard products at special con prices, including card sleeves, toploaders, one-touch cardholders, 9-pocket pages, comic bags and more.

They’re also bringing a new invention they call the Wheel of Defense. Be one of the first ever to spin it, and you can win free card supplies, as well as new and vintage card packs to put in them!

“I’m incredibly happy for Ironguard to make its fan-convention debut at New York Comic-Con,” said Ironguard Brand Manager Ken Hyman. “Not only am I looking forward to trying some of this ‘pizza’ I’ve been hearing so much about, I’m also looking forward to talking to people about how they can keep their cards safe. Fuhgeddaboutit!”

Not going to the Con, or want to buy from home? Well you’re obviously covered there too, as you can check out ironguardsupplies.com to buy into the line as well, or just find ’em at your local comics shop.

Jason's been knee deep in videogames since he was but a lad. Cutting his teeth on the pixely glory that was the Atari 2600, he's been hack'n'slashing and shoot'em'uping ever since. Mainly an FPS and action guy, Jason enjoys the occasional well crafted title from every genre.
@jason_tas
Previous Trailer: Edge of Collapse hits Steam Next Fest with new demo
Next Trailer: Fear and survival, frozen in the ice, Terror: Endless Night has a brand new demo