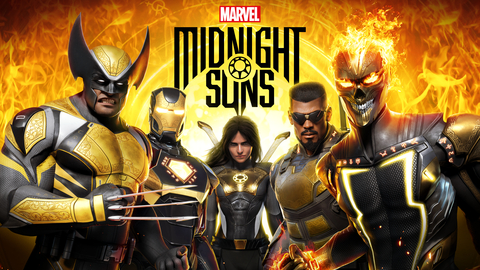 Home / Expo / Marvel’s Midnight Suns finally has a new release date, and it’s landing before the end of the year

Marvel’s Midnight Suns finally has a new release date, and it’s landing before the end of the year

2K and Firaxis’ superhero strategy title Marvel’s Midnight Suns had been delayed into infinity. As it turns out though, that’s not that long time.

Now, granted, Midnight Suns would have been a great October game release. Since the turn-based strategy title has a supernatural theme, it’d have been a natural fit for Halloween-time. And originally, that was where it was placed.

That wasn’t to be though, as the game’s release had been delayed, and with no make-up date. Emphasis on “had” though, since that’s been seen to, as of today’s D23 Expo.

The Disney showcase event held a Marvel Games panel for the first time, and reveled that Midnight Suns would indeed still be coming in 2022. Actually, it’s landing just in time to put a little magic in your holidays.

As you can see there, we got a little more of a reveal than just the game’s new release date. 2K also delivered a brief look at some of the role-playing elements in the title, as well as a much better idea of the game’s roster and gameplay. All in all, it looks like strategy fans should be right at home. Well, that card-battle element might take some getting used to, but you get the drift.

Marvel’s Midnight Suns is now set for a December 2nd release, for the Xbox Series X|S, PS5, and PC.

Jason's been knee deep in videogames since he was but a lad. Cutting his teeth on the pixely glory that was the Atari 2600, he's been hack'n'slashing and shoot'em'uping ever since. Mainly an FPS and action guy, Jason enjoys the occasional well crafted title from every genre.
@jason_tas
Previous Trailer: Retro stealth action lands on PC this month with Undetected
Next Trailer: Skydance and Marvel announce a new WWII-era game starring Captain America… and Black Panther