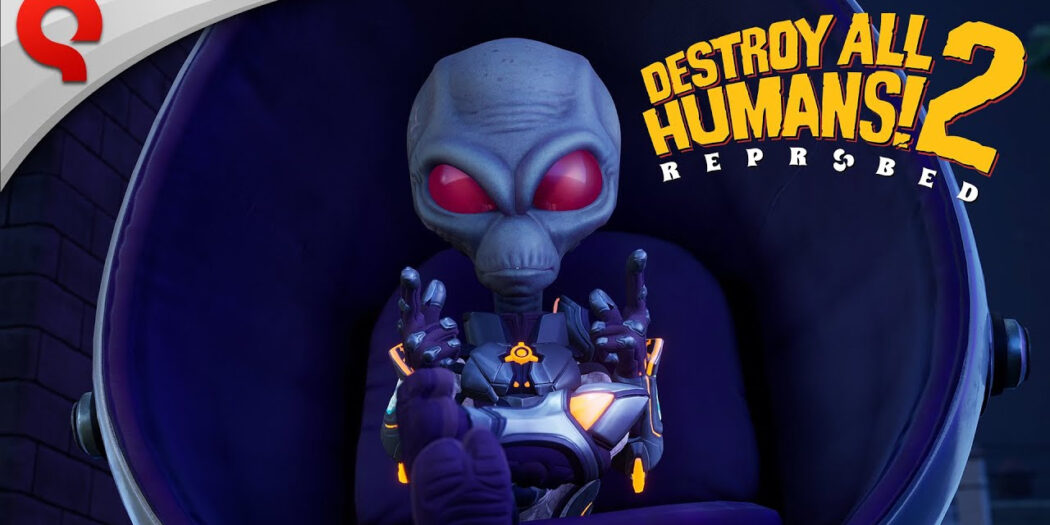 Home / News / Trailer: Time to get probed… again! Destroy All Humans! 2 – Reprobed is out now

Trailer: Time to get probed… again! Destroy All Humans! 2 – Reprobed is out now

THQ Nordic’s remaster of 60’s-flavored, open-world, alien invasion sequel Destroy All Humans! 2 is out now for consoles and the PC.

Look out, he’s got his probe!

Citizens of planet Earth, experience a completely remade cult classic with an expanded arsenal, an improved saucer, a much more open world and a fully playable story in local co-op. Destroy All Humans! 2 – Reprobed is out today!

Visit locations like Bay City, Albion, Tunguska, Takoshima and Solaris to seek your revenge and give those pesky humans a good demonstration of your broad weapon arsenal. Why wait to probe another day when you can grab your licence to probe right now?

Destroy All Humans! 2 is out now for the Xbox Series X|S, PS5, and PC.

Jason's been knee deep in videogames since he was but a lad. Cutting his teeth on the pixely glory that was the Atari 2600, he's been hack'n'slashing and shoot'em'uping ever since. Mainly an FPS and action guy, Jason enjoys the occasional well crafted title from every genre.
@jason_tas
Previous Prime Gaming queues up Assassin’s Creed, The Dig, Middle-earth and more for September
Next Pre-ordering Modern Warfare II digitally? Check out the updated benefits list