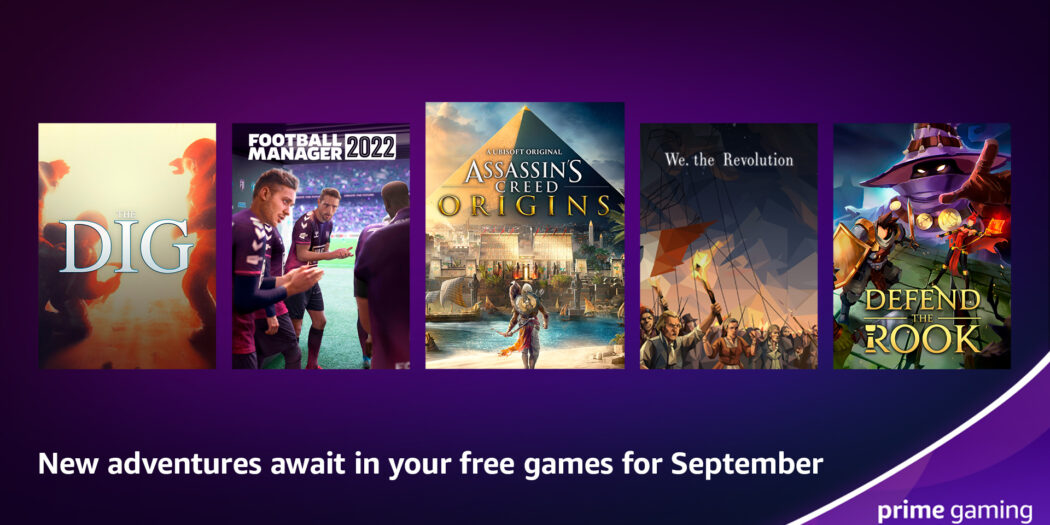 Prime Gaming queues up Assassin’s Creed, The Dig, Middle-earth and more for September

A nice spread of PC games will be landing for Prime Gaming subscribers in just a few days, including the likes of Middle-Earth: Shadow of Mordor.

Well, I hope you have some free time lined up for next month. That’s because Amazon’s Prime Gaming service has a lot of big name stuff heading your way. Yeah, these might be older titles, but man is there some good stuff coming.

How good? How’s Middle-Earth: Shadow of Mordor – Game of the Year Edition, Assassin’s Creed Origins, and The Dig sound? Those are two of the best open-world titles of the last generation (and both personal favorites of mine), and one of the best adventure games of all time. Yeah, pretty sharp.

Of course, there are more than just those three, those are just the biggest names. Scroll down for the rest of the freebies for September 2022.

Luna gets a little chunkier than usual

Want more than just freebies? Well, of course there are. After all, if Prime Gaming’s monthly slates have become known for anything, it’s that they deliver a pretty beefy catalog to subscribers.

A part of that is Amazon’s ‘play anywhere’ Luna service, and the Prime Gaming Channel’s rotating slate of titles. September features a little deeper of a selection than uaual too, with a 6 pack of games, all of which are from pretty big time franchises and series’.

Landing in September are:

Rounding things out for September is the now-standard list of add-ons and DLC that Amazon also delivers every month. Contrasted against the Luna list, the DLC freebies aren’t as filled out as usual this coming month.

Nevertheless, there’s still a decent selection of stuff, depending on what you’re playing. Check it out below.

Jason's been knee deep in videogames since he was but a lad. Cutting his teeth on the pixely glory that was the Atari 2600, he's been hack'n'slashing and shoot'em'uping ever since. Mainly an FPS and action guy, Jason enjoys the occasional well crafted title from every genre.
@jason_tas
Previous Quarto’s upcoming hardcover preps an all-around look at Marvel’s Spider-Man
Next Trailer: Time to get probed… again! Destroy All Humans! 2 – Reprobed is out now