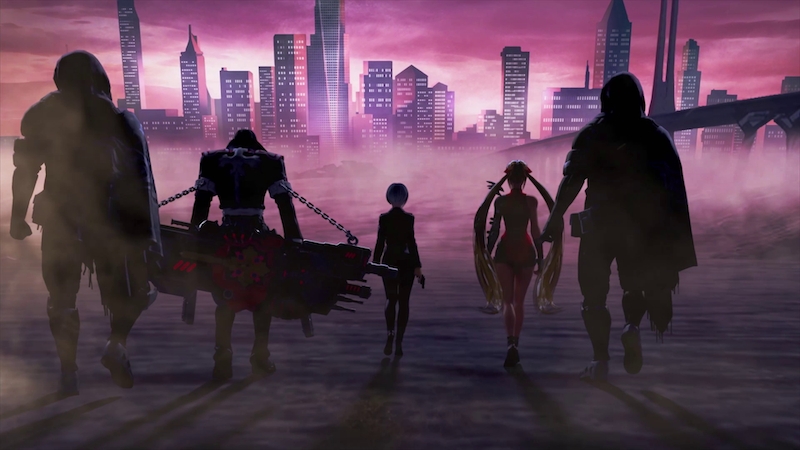 Gungrave G.O.R.E. bringing the lead (and explosions) this November

Over the top violent and filled with more blood and gore (pardon the pun) than you can shake a casket at, Gungrave G.O.R.E. hits home this November.

A bit of the old ultraviolence

If you’re into Gungrave, then chances are you already like blood and gore in your anime-infused action games. And if that describes you, then you’re gonna love what Prime Matter and developer Studio IGGYMOB have been cooking up.

Based on the anime of (roughly) the same name, Gungrave G.O.R.E. represents one of the shockingly few video games based on the property. As far as I know there’ve only been two others, and neither of them was exactly a blockbuster.

G.O.R.E. though, looks like it might have a solid formula happening, and one that looks like it could be a lot of fun. Check it out in action, in the official ‘release date’ trailer below.

Gungrave G.O.R.E is a stylish third-person action shooter by South-Korean Studio IGGYMOB, in which you take on the role of Grave, resurrected, badass gunslinging antihero who mows down his enemies in a gory ballet of bullets.

November 22nd, 2022 is the date when Grave returns to the video game landscape in Gungrave G.O.R.E., from Prime Matter and Studio IGGYMOB. Pre-orders are open now, and you can nab a few bonuses if you buy in. Fans can get the “Death Ronin Grave” skin, which was designed by The Evil Within series artist Ikumi Nakamura, and the “O.D. Grave’s” skin, which mimics the look of the character from that 2004 title (Overdose).

Gungrave G.O.R.E. is set to arrive for Xbox and PlayStation consoles, as well as the PC.

Jason's been knee deep in videogames since he was but a lad. Cutting his teeth on the pixely glory that was the Atari 2600, he's been hack'n'slashing and shoot'em'uping ever since. Mainly an FPS and action guy, Jason enjoys the occasional well crafted title from every genre.
@jason_tas
Previous The Last Oricru mixes things up with sci-fi meets medieval RPG action
Next Trailer: Take a look at some 1st (or 3rd) person farming in Lightyear Frontier