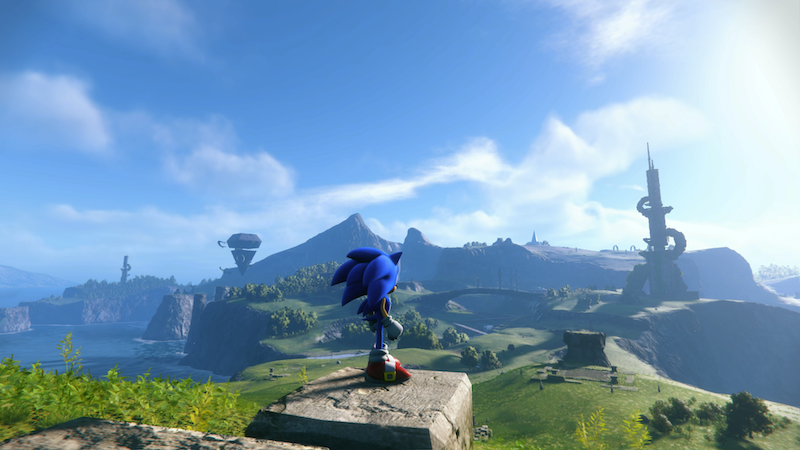 Sega is planning out a pretty big Gamescom for 2022, complete with a playable Sonic Frontiers, the mascot’s first open-“zone” title.

So what are your thoughts on Sonic Frontiers? Are you jarred by the cartoon look of Sonic and company, contrasted against SF’s otherwise realistic world? Or are you a long time Blue Blur fan, who’s dying to dig into the first open-world Sonic action ever?

If it’s the latter, or maybe the former too, you’re going to love what Sega has on tap for Gamescom. That’s because the company will have a fully playable version of Sonic Frontiers on display. Though you won’t find said game at the Sega booth, but instead in the TikTok area.

That’ll be taking place in Hall 7, and there’s a good deal more to it than just a demo. Takashi Iizuka, the head of Sonic Team, will be there as well, doing a meet and greet with the fandom. Look for that on August 26th, and maybe get there early if you want to say ‘hi’.

Again though, this is going to be a big show for Sega, and that means a lot more than Sonic. Relic Entertainment’s highly-anticipated Company of Heroes 3 will be there too, and also playable, along with Total War: WARHAMMER III, Demon Slayer -Kimetsu No Yaiba- The Hinokami Chronicles, Soul Hackers 2, Humankind, Endless Dungeon, and Two Point Campus. Those will all be at the Sega booth (Hall 9, A18 of the Koelnmesse), along with HYENAS. If you don’t know what that is, it’s Sega’s new FPS, and the company promises “a gravity defying photo experience for attendees” to go along with it.

Meanwhile, Persona 4 Arena Ultimax will be playable over at ATLUS. And while you’re there you can buy some Persona merch, because there’s going to be a load of it out and ready to take home. To that end too, there’ll be discount codes to grab, and also the ability to take a photo with a “life-sized Morgana character”.

Jason's been knee deep in videogames since he was but a lad. Cutting his teeth on the pixely glory that was the Atari 2600, he's been hack'n'slashing and shoot'em'uping ever since. Mainly an FPS and action guy, Jason enjoys the occasional well crafted title from every genre.
@jason_tas
Previous Trailer: The dunes come home, as Dakar Desert Rally arrives this October
Next Wanna play Modern Warfare II a week early? Snag a digital pre-order