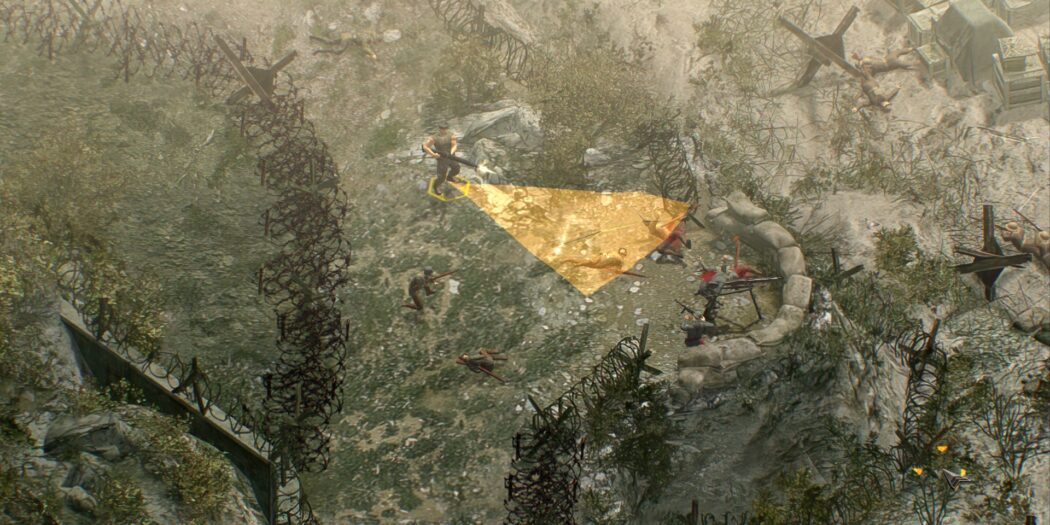 Kalypso’s HD remaster of Commandos 3 is officially in bound for release before the month is out, and it’ll be coming to Microsoft’s Game Pass too.

Officially finishing out the re-releases of the classic strategy series is Commandos 3 – HD Remaster. From Kalypso and developer Raylight Games, the third outing for the WWII-era title will be landing on the Xbox and PC this month.

A real-time, squad-based adventure, Commandos 3 – HD Remaster put players in command of a 6 person team. Each of those operatives has a specialty, “like Green Beret, Sapper, Sniper, Diver, Spy and Thief”. And you’ll put all of them to good use too, as you make your way across Stalingrad, Central Europe, and Normandy, in the game’s 12 missions.

All of that is not even taking into account Commandos 3’s multiplayer. The title will include ‘Deathmatch’ and ‘Collect the Flag’ modes, for 2-8 players.

In the revamped HD Remaster of Commandos 3, players will venture deep behind enemy lines as they lead their notorious special forces unit and take on infamous WWII campaigns. Experience history across major frontlines, all with reworked 3D models and textures, improved controls, and a refined user interface. Recruits are challenged to put their strategy to the test as they battle through the deadly trenches of Stalingrad and try to survive the storming of Normandy on D-Day.

Commandos 3 – HD Remaster will be out digitally on August 30th, for Xbox One and the PC. That will also be the day that it debuts both a demo, and on Game Pass. So if you want to give it a shot before you buy, or you’re a subscriber to the latter, you’re good to go.

Prefer a retail edition? Well you’re in luck there too, because October 27th brings a boxed copy, loaded up with both Commandos 2 and 3. That’ll be Xbox-only of course.

Oh and not to worry if you’re playing on another platform, as the game will be coming to seemingly all of them. But there are no release dates yet for those.

Jason's been knee deep in videogames since he was but a lad. Cutting his teeth on the pixely glory that was the Atari 2600, he's been hack'n'slashing and shoot'em'uping ever since. Mainly an FPS and action guy, Jason enjoys the occasional well crafted title from every genre.
@jason_tas
Previous The Switch’s Expansion Pack gets Wave Race 64 this month
Next Trailer: The dunes come home, as Dakar Desert Rally arrives this October