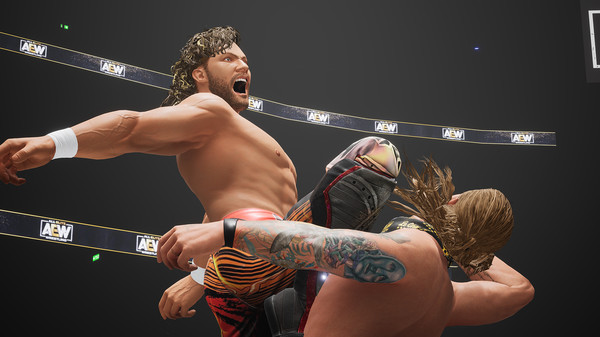 We already know a bit about AEW: Fight Forever, THQ Nordic and Yukes’ newest wrestling title, but now we’ve got an actual (brief) look at gameplay.

THQ Nordic and All Elite Wrestling have joined forces with prolific wrestling-game developers YUKE’s Co. Ltd. of Japan to bring you AEW: Fight Forever! The game combines nostalgic arcade wrestling with All Elite Wrestling finishers and moves. Featuring a big roster of AEW talent, multiple match types, a robust career mode, tons of customization options, more than 40 weapons, and so much more! Coming soon to PS4™, PlayStation 5, Xbox One, and the Xbox Series S/X, PC, and Nintendo® Switch.

There’s no release date for AEW: Fight Forever just yet, but the wrestling title is expected before the end of this year. Look for it on Xbox and PlayStation platforms, as well as the PC and Nintendo Switch.

Jason's been knee deep in videogames since he was but a lad. Cutting his teeth on the pixely glory that was the Atari 2600, he's been hack'n'slashing and shoot'em'uping ever since. Mainly an FPS and action guy, Jason enjoys the occasional well crafted title from every genre.
@jason_tas
Previous Mortal Kombat Trilogy brings the pain to GOG, in the midst of the Classic Twist sale
Next The Switch’s Expansion Pack gets Wave Race 64 this month