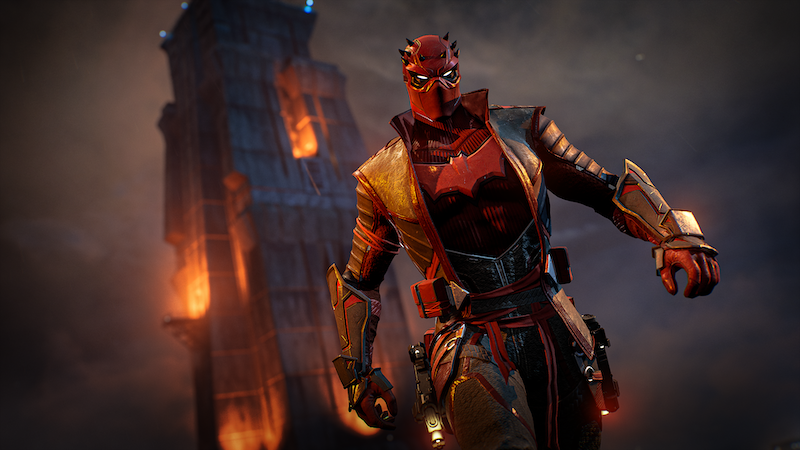 Gotham Knights follows the Bat-family in the wake of the Dark Knight’s death, but it also makes some interesting alterations to one member.

If you’re a Batman fan, then you know Red Hood pretty well by now. No, not Joker’s first alternate identity, but Jason Todd’s second. Todd, of course, was the second Robin originally, before dying at the hands of the Clown Prince of Crime. But of course, he didn’t stay dead.

Todd was resurrected using one of Ra’s al Ghul’s life-restoring Lazarus Pits by Talia al Ghul, and raised to adulthood. When he returned to Gotham, he wasn’t the nicest, though that changed over time, and Todd returned to the Bat-family as an occasional ally.

The video game Gotham Knights though, changes some of that. In GK, he’s not simply a mortal man. In a stark contrast to the comics, Todd has gleaned some mystic abilities from his time in the Pit.

Check him out in action in this new trailer for the game, focusing on Red Hood’s newfound abilitie and his apparent Darth Maul fandom.

The video features all-new gameplay and custom cutscenes of Red Hood, also known as Jason Todd. An intense vigilante with a short fuse, Red Hood is a highly trained marksman and hard-hitting, hand-to-hand fighter who’s reached the peak of human strength, making him an expert in both ranged and melee combat. After his violent death and subsequent resurrection in the Lazarus Pit, Red Hood gained the ability to harness mystical powers that aid him in battle and allow him to propel his body through the air to traverse the city. Despite his complicated past, Red Hood has reconciled with the Batman Family and is committed to using non-lethal combat methods to protect Gotham City in the wake of Batman’s death.

Gotham Knights hits the streets for the Xbox Series X|S, PS5, and PC on October 25th. Pre-orders for the title will nab fans a 233 Kustom Batcycle Skin too, which is based on the vehicle’s first comics appearance.

Jason's been knee deep in videogames since he was but a lad. Cutting his teeth on the pixely glory that was the Atari 2600, he's been hack'n'slashing and shoot'em'uping ever since. Mainly an FPS and action guy, Jason enjoys the occasional well crafted title from every genre.
@jason_tas
Previous IDW crashing Hollywood with Rivers, Ballad for Sophie, and more
Next ‘Splat’ goes the Direct, as Nintendo releases a bunch of new info for Splatoon 3