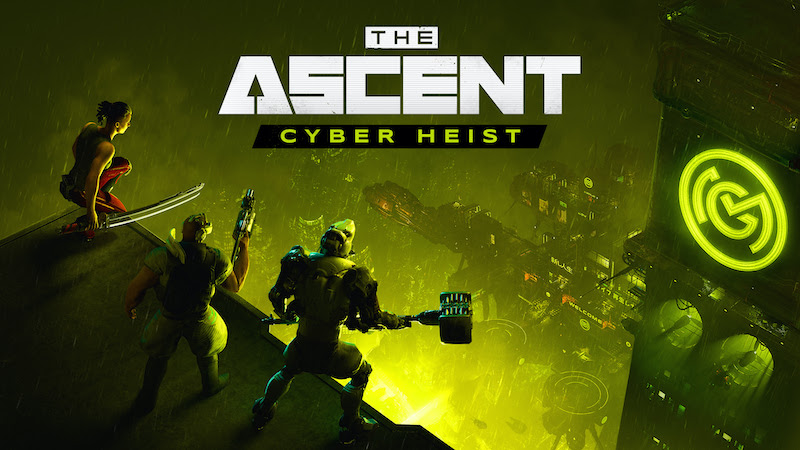 One of the bigger action-RPG titles of recent years, 2021’s The Ascent is about to expand with a loaded piece of DLC called “Cyber-Heist”.

While The Ascent wasn’t the best received game critically, it did look sharp, and garnered some acclaim from fans. It was also an action RPG. And outside of a few big names, you don’t see a ton of those out on the market these days.

And far from drifting away into the neon-hued night, The Ascent is back and ready for more thanks to a new expansion pack. Once again from both Curve Games and Neon Giant, Cyber-Heist will be available this month.

In Cyber Heist, Kira, your former employer, has a new top-secret job, and as a newly independent contractor how could you refuse?  Venture outside of your familiar arcology into a brand new arcology owned by the Malhorst-Gelb Group. There’s some new ground-breaking tech ripe for the taking, but you’re not the only one with their sights on the prize.

Cyber-Heist will offer both solo and co-op play, and include more than just new missions and side-quests (though it’ll have both). Also loaded into the DLC will be new weapons with the Rock Crusher and Guillotine, and a new location with the “arcology owned by the Malhorst-Gelb group”.

Get ready for more cyberpunk action in The Ascent, with Cyber-Heist this August the 18th.

Jason's been knee deep in videogames since he was but a lad. Cutting his teeth on the pixely glory that was the Atari 2600, he's been hack'n'slashing and shoot'em'uping ever since. Mainly an FPS and action guy, Jason enjoys the occasional well crafted title from every genre.
@jason_tas
Previous Dark Horse hoists the Skull and Bones for new art book
Next Believe it or not, there’s a PAC-MAN movie in the works