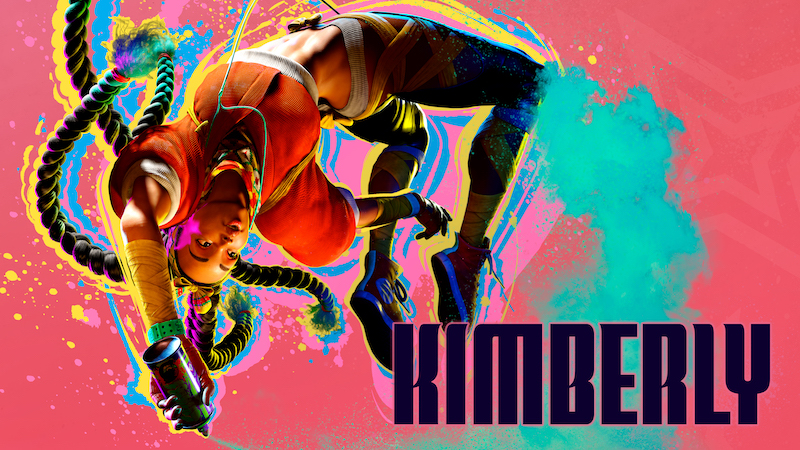 Appearing at Evo ’22, Capcom’s Street Fighter 6 had some fresh character reveals this weekend, as well as a look at who’ll be announcing its bouts.

Announced earlier this year, Street Fighter 6 is rolling right along, towards a 2023 release. The game was showcased at the Evolution Championship Series this past weekend, and Capcom had a few reveals for the fighting-faithful.

First, the roster continues to grow with both new and returning names. Among those will be the femme-fatale Juri, and the brand new Kimberly. If you like bright colors and 80s flair, she just might be a solid pick for you.

Bonus: keep an eye on the background in Kim’s stage for a whole mess of Mad Gear.

The two newest Street Fighter 6 characters are sure to deliver a knock out. Kimberly blends together her skills as a ninja with her love for ‘80s pop culture to create a riveting, yet dangerous fighting style. Juri returns as a wicked force and has added a few new tricks to her move set so she can relish in her opponents’ suffering. To go in-depth on each of their moves, please visit the Capcom News Blog. Kimberly and Juri join Ryu, Chun-Li, Luke, Jamie, and Guile on our roster of announced characters.

Along with the new fighters, Capcom also announced a pair of new announcers for the game. Joining the roster there will be Tasty Steve and James Chen, who’ll be providing “real-time commentary”.

If you don’t know, and this is something really different for the genre, SF6 will have commentary. Just like in wrestling titles, announce teams will be in place for matches, calling the action as you play.

Presumably, this is something that you won’t have to make use of, but it does sound pretty interesting. And is also seems like it could be a boon to players looking to improve their game.

Street Fighter 6 is expected to arrive for modern consoles and the PC some time in 2023.

Jason's been knee deep in videogames since he was but a lad. Cutting his teeth on the pixely glory that was the Atari 2600, he's been hack'n'slashing and shoot'em'uping ever since. Mainly an FPS and action guy, Jason enjoys the occasional well crafted title from every genre.
@jason_tas
Previous Heads up, a Splatoon 3 Nintendo Direct is set to paint some info
Next Trailer: You may not be ready for the first look at Aqua Teen: Plantasm