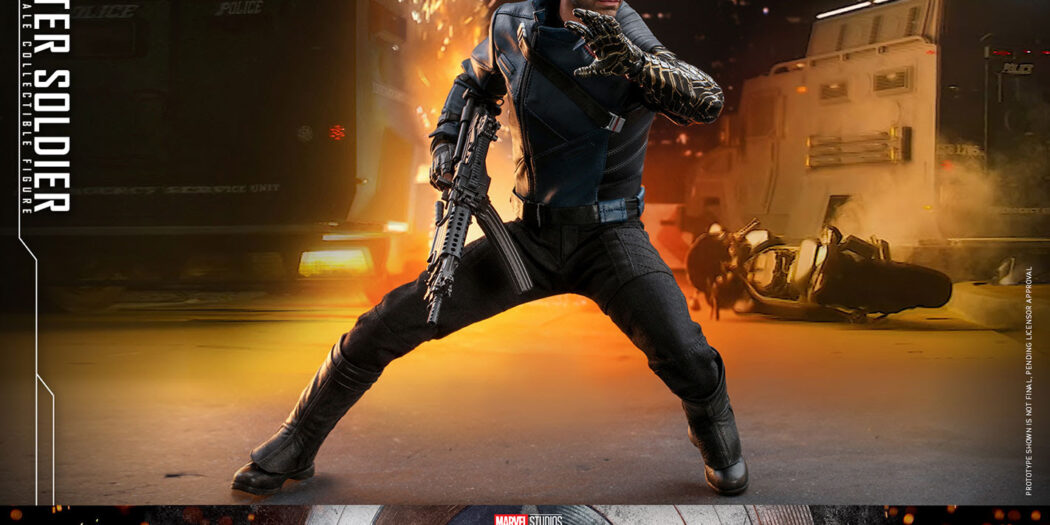 Home / Action Figures and Toys / Get a better look at Hot Toys’ new Winter Soldier, set to ship in the next few weeks

Get a better look at Hot Toys’ new Winter Soldier, set to ship in the next few weeks

Fresh from the Falcon and the Winter Soldier Disney+ show, comes Bucky Barnes himself. Take a look at an unboxing of Hot Toys’ latest masterpiece.

Actor Sebastian Stan’s Bucky Barnes took a starring role in one of the better received shows on Disney’s streaming service. In the show, both Bucky and Anthony Mackie’s Falcon partnered up to take on a heavily modified version of Flag Smasher.

Hot Toys’ newest figure plays off of The Winter Soldier’s newest on-screen look, with blue jacket and upgraded cybernetic arm. It’s one of the cooler looks for the hero, no pun intended.

Here’s a good look at it in figure form, thanks to Hot Toys’ retailing partner, Sideshow Toys.

Inspired by Marvel Studios’ original series The Falcon and The Winter Soldier, the Winter Soldier 1/6 Scale Figure features a hand-painted headsculpt with a highly detailed and ultra-realistic likeness of Sebastian Stan. The figure is dressed in a meticulously tailored tactical outfit with forearm armor and his iconic prosthetic arm includes a screen-accurate metallic finish. Bucky is ready for any mission with his machine gun and dagger accessories.

The Winter Soldier is still up for pre-order as of this writing. He’s expected to ship some time between now and the end of September.

Jason's been knee deep in videogames since he was but a lad. Cutting his teeth on the pixely glory that was the Atari 2600, he's been hack'n'slashing and shoot'em'uping ever since. Mainly an FPS and action guy, Jason enjoys the occasional well crafted title from every genre.
@jason_tas
Previous Venom #13 to lead into Spider-Man/X-Men: Dark Web
Next Nintendo Download: It’s Always Sundae in Mario Kart