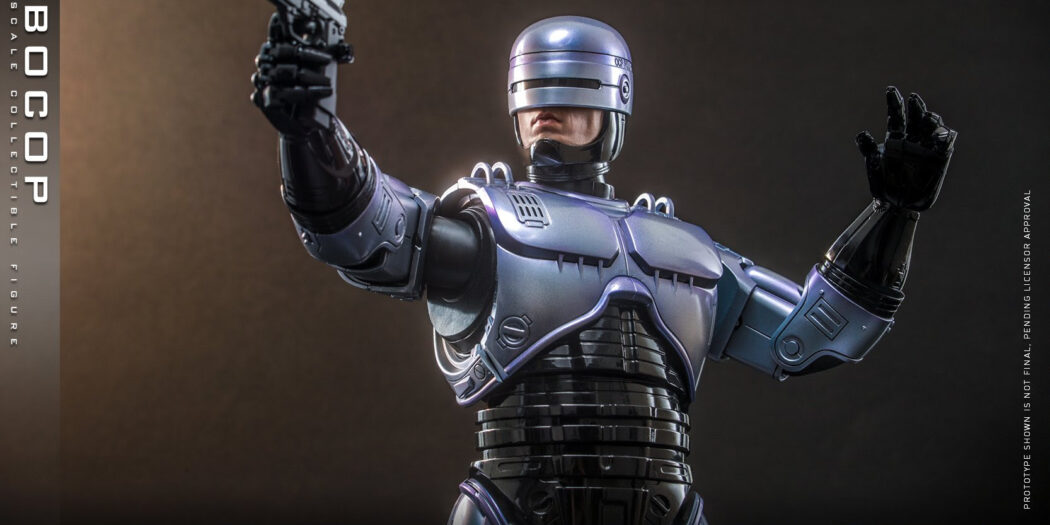 He might not be all diecast, but you get the picture. And in any event, Hot Toys’ latest Robocop announcement is sounding like a can’t-miss.

Put aside the fact that this new Hot Toys Robocop figure is from Robocop 3. Yeah, I get that might be a big thing for some of you, but try. While the film isn’t all that well-liked by fans, and didn’t have Peter Weller as the title ‘Cop (it was Robert Burke), it still features the same basic design for Robo. And anyway, just look at this thing!

Hot Toys’ just-announced figure is looking phenomenal, with all the trimmings. And since we’re talking Robocop 3, that includes the multi-weapon arm attachment and jet pack. Not enough of a cool-factor for you? How about diecast parts?

It’s unclear just how much of the piece is metallic, though the official listing says it’s “made in diecast material”, so I imagine it’s a good chunk. And since he’s 1/6th scale, that should mean he’s gone be plenty hefty.

RoboCop’s weapons and accessories include a diecast pistol, a multi-purpose arm cannon with missile and blast effects, a data spike, a magnetically attachable flight pack, and more!

As with a good deal of Hot Toys stuff seeing recent announcement too, there’s an “Exclusive” edition. Limited in availability (so go order if you want one), the Exclusive edition of the figure will have the same price tag as the standard “Collector’s Edition”, but will include a set of ‘battle damaged’ chest armor you can swap in. Pretty slick.

Jason's been knee deep in videogames since he was but a lad. Cutting his teeth on the pixely glory that was the Atari 2600, he's been hack'n'slashing and shoot'em'uping ever since. Mainly an FPS and action guy, Jason enjoys the occasional well crafted title from every genre.
@jason_tas
Previous Eight more courses on the way to Mario Kart 8 Deluxe this week
Next Coming Up: The games of August 2022