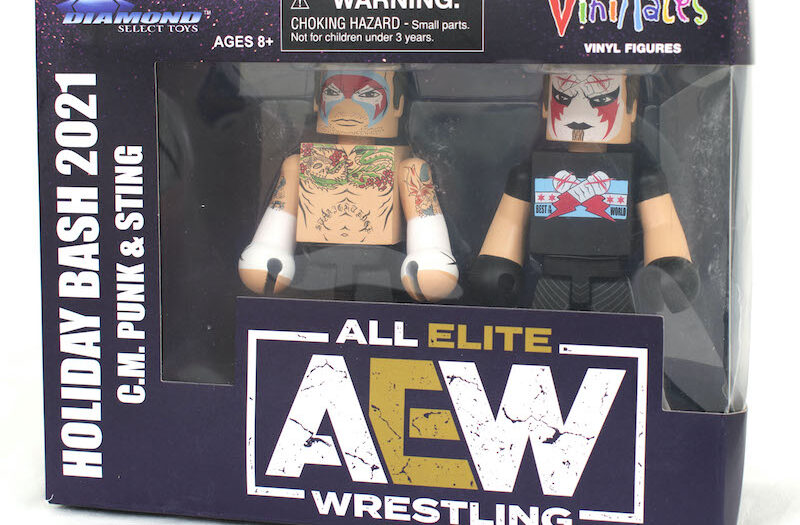 DST is back at Comic Con this year, and packing a full selection of stuff for you to take home, as well as a few surprises, including an AEW signing.

Yeah, you get those big bags at the door, but honestly those Comic Con-branded things don’t hold all that much. They’re way too narrow, and you’re going to want something with volume if you’re stopping at DST’s booth.

That’s because the company is bringing a heaping load of stuff for fans to buy, though that’s not all. As mentioned, there’ll also be a surprise AEW wrestler in attendance this Friday. And they will be signing too, so make sure to bring along some AEW stuff with you.

The company is planning a panel as well, which will be on Thursday, at 4pm in Room 9. There DST and Gentle Giant will chat about upcoming stuff. DST President Chuck Terceira will be there, along with “designer Joe Allard, and Marketing Supervisor Zach Oat”. So if you want the future of what will be out and about, definitely check that out.

But to come back around on what will be at the show to buy, well, there’s plenty. DST’s booth will be double-sided, with GG and Diamond showcasing what’s been newly announced on one side, and the shop on the other.

And there you’ll find:

Diamond will be in booth #2607 on the show floor. And as usual, if you want some of those show exclusive items, make sure you get there early.

Jason's been knee deep in videogames since he was but a lad. Cutting his teeth on the pixely glory that was the Atari 2600, he's been hack'n'slashing and shoot'em'uping ever since. Mainly an FPS and action guy, Jason enjoys the occasional well crafted title from every genre.
@jason_tas
Previous Trailer: Evil lives on the Switch this fall, with Dungeons 3
Next Video: Here’s an in-depth look at Sideshow’s animated Anakin Skywalker figure