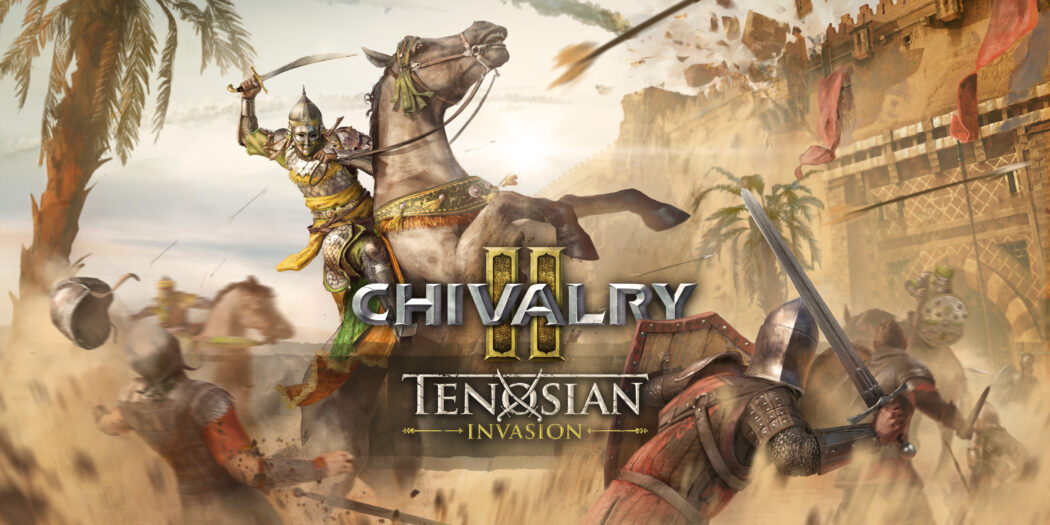 Take up your sword, visit new lands… and run people through with a lance in Chivalry 2’s upcoming content. Did we mention it sold 2 million copies?

Man, those lances though

Looking ahead, the developer diary outlines some of the exciting upcoming additions coming to Chivalry 2. These include the Hippodrome, a new tournament-styled map set in the Tenosian faction setting and designed with mounted horse combat in mind, a new Tenosian-inspired weapon called the Katar, a new winter-themed biome featuring snow and ice, and the long-awaited cross-play party social support, which has been highly requested from the community. Players can expect these features and more as Torn Banner reinforces its commitment to supporting and expanding the scope of Chivalry 2 for 2022 and beyond.

As noted, Chivalry 2 has been a hit with fans, moving 2 million copies. The Tenosian Invasion update is the latest addition to that core experience, though it won’t be the last.

Fans should stay tuned for lots more from developer Torn Banner Studio’s Chivalry 2, which is out now on Xbox and PlayStation platforms, as well as the PC.

Jason's been knee deep in videogames since he was but a lad. Cutting his teeth on the pixely glory that was the Atari 2600, he's been hack'n'slashing and shoot'em'uping ever since. Mainly an FPS and action guy, Jason enjoys the occasional well crafted title from every genre.
@jason_tas
Previous SDCC 22: IDW’s full Con schedule revealed
Next SDCC 22: Apple TV+ brings hit show Severance, Mythic Quest and lots more