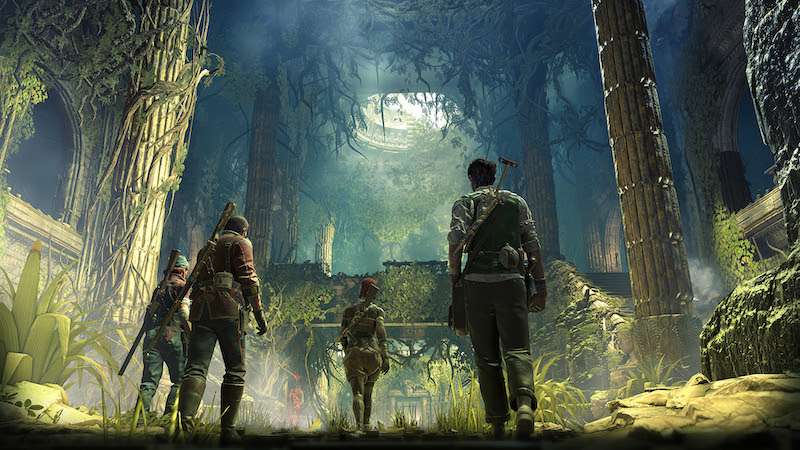 Trailer: Strange Brigade gets physical thanks to Super Rare

Egyptological action shooter Strange Brigade is about to get a boxed, physical edition, and it’s all thanks to Super Rare Games.

Not that strange either

Have you played Strange Brigade? The game is out right now for a number of platforms, including ones from two generations back, but most recently made an appearance as a digital-only title for the Switch. We actually ran a review of that one, which you can check out here.

Strange Brigade served straight-up action, with crowds of enemies defending on its various heroes. While the action is head-on though, there’s actually a good deal more to it. Players have to locate artifacts, and figure out how to proceed through levels. Speaking of, those “levels” are beautifully realized, and painted in a heavy ‘ancient Egypt’ motif.

For those yet to play it, or maybe even if you have, there’s now going to be a boxed edition. And from Super Rare Games, you’ll be able to get ahold of that either standard or steelbook edition.

Of course, there’s more set to be included than just the game and a nice box. Both editions include a bit more, and break down to look a little something like this:

Look for Strange Brigade (for the Swich) to appear for sale on Super Rare’s site in just a few days, on June 30th. Sales kick off at 1pm eastern time, and the game should be shipping out just afterwards.

Jason's been knee deep in videogames since he was but a lad. Cutting his teeth on the pixely glory that was the Atari 2600, he's been hack'n'slashing and shoot'em'uping ever since. Mainly an FPS and action guy, Jason enjoys the occasional well crafted title from every genre.
@jason_tas
Previous WH40K: Inquisitor – Martyr isn’t done yet, intro’s 5th season of content for PC
Next Tech company JSAUX fills the Steam Deck gap (and then some)