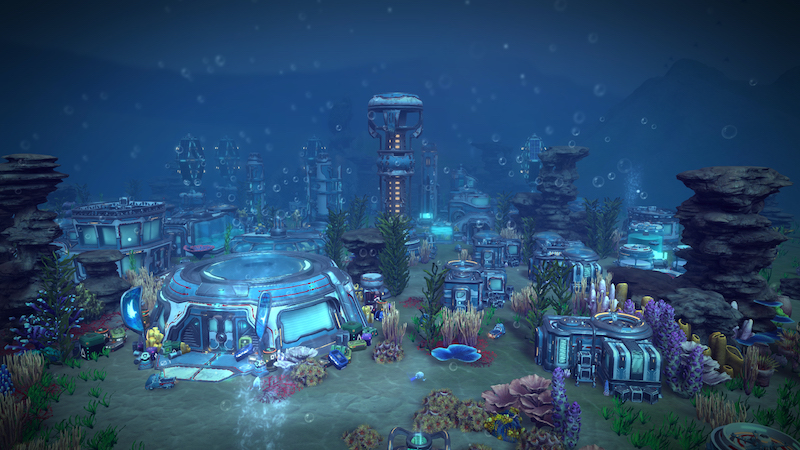 Aquatico tasks players with building an underwater city, and surviving the experience

A city-builder with action/survival elements? That’s more or less what you can expect from Aquatico, an undersea city-creator.

Well here’s something you don’t see every day. From Overseer Games and developer Digital Reef, Aquatico combines city-building with survival mechanics. And given the game’s setting, that sounds like a pretty interesting proposal indeed.

The world of Aquatico is a post-apocalyptic one, where humanity has been forced to adapt to life under the waves. Of course that means radically different building techniques and designing dwellings and settlements that can withstand the oceans. But it also means forging ahead in the face of certain hazards, that only the seafloor can offer up.

Aquatico is a survival city building game set on the ocean floor. In the not-too-distant future, the surface of the Earth became a barren wasteland, but groups of people refused to abandon hope. They embarked on a journey beneath the waves hoping to find a safe place and start anew. They find an amazing, surreal world full of danger and challenges, and strive to find the needed resources to build a thriving underwater city.

The above is alpha footage, so there’s still a ways to go with Aquatico, but it’s already looking pretty nice. It should be interesting too, to see how the survival elements play in, as the game evolves. We got a glimpse of it here, but hopefully the next trailer goes a little more in-depth.

Aquatico îs expected to make its way to the PC (via Steam) some time in the 3rd quarter of this year.

Jason's been knee deep in videogames since he was but a lad. Cutting his teeth on the pixely glory that was the Atari 2600, he's been hack'n'slashing and shoot'em'uping ever since. Mainly an FPS and action guy, Jason enjoys the occasional well crafted title from every genre.
@jason_tas
Previous Trailer: Get a look at the heaping helping of fresh content coming to Call of Duty this week
Next The Eternals pit Uranos the Undying against the X-Men next month