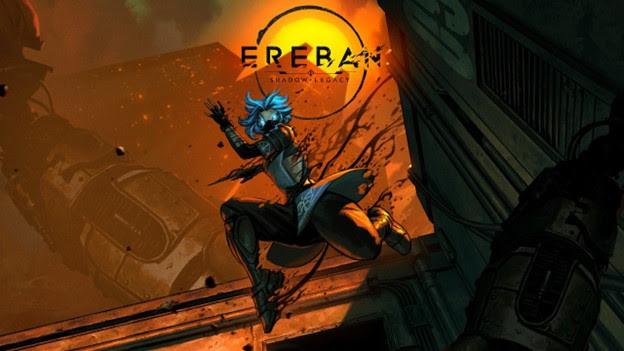 Shown at Microsoft’s presentation on Sunday, Ereban: Shadow Legacy looks like a stylish, shadow-cloaked stealth adventure. It arrives in 2023.

In Ereban: Shadow Legacy, players take control of female protagonist Ayana, the last descendant of a long-forgotten race with the power of merging with the shadows. In this fast-paced, story-driven, stealth platformer game, players unravel the mysterious relationship between the cryptic energy megacorporation Helios and Ayana’s lost ancestors in a dying, morally grey universe. Combine Ayana’s agility with her mystical shadow powers and high-tech gadgets to either cleverly avoid or mercilessly defeat anything and anyone that stands in her way as she searches for the truth.

From Raw Fury and developer Baby Robot Games, Ereban: Shadow Legacy is set to launch for the Xbox Series X|S, Xbox One, and PC in 2023. It’ll also be a part of Game Pass, but you probably guessed that already.

Jason's been knee deep in videogames since he was but a lad. Cutting his teeth on the pixely glory that was the Atari 2600, he's been hack'n'slashing and shoot'em'uping ever since. Mainly an FPS and action guy, Jason enjoys the occasional well crafted title from every genre.
@jason_tas
Previous Fresh Resident Evil news includes new-gen RE2/3/7 compatibility, and RE4 details
Next Capcom Arcade 2nd Stadium bringing 32 more classics