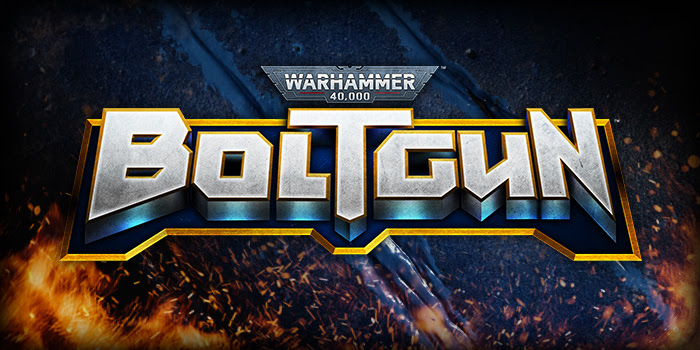 Warhammer 40K is going retro. Yep, there’s a classically-designed shooter on the way, and it’s bringing the Space Marines to kick some xeno tail.

As you’ve seen, especially in the last few days, there’s no shortage of Warhammer 40K games coming up. The license is red-hot, with multiple titles incoming, covering a bunch of different genres.

But while there are were some great-looking games just announced, it’s tough not to be particularly excited about Boltgun. At least, it is if you’re a retro-shooter fan. A throwback to the era of Quake, Boltgun casts players as an unnamed Ultramarine, set against hordes of enemies.

Load up your Boltgun and plunge into battle headfirst! Experience a perfect blend of Warhammer 40,000, classic, frenetic FPS gameplay and the stylish visuals of your favourite 90’s retro shooters.

Play a battle-hardened Space Marine on a perilous mission across the galaxy, as they battle against the Chaos Space Marines and daemons of Chaos.

In glorious boomer shooter style, unleash your devastating Space Marine arsenal as you blast through an explosion of sprites, pixels and blood. Run, jump and charge across huge levels to shoot, shred and slice the worst heretics across the galaxy!

Whle Boltgun is looking awesome, it’s also a ways off. From Focus Entertainment and Auroch Digital, the game won’t be landing til some time in 2023. When it does, expect to see it arrive for the Xbox Series X|S, PS5, PS4, Xbox One, Switch, and PC.

Jason's been knee deep in videogames since he was but a lad. Cutting his teeth on the pixely glory that was the Atari 2600, he's been hack'n'slashing and shoot'em'uping ever since. Mainly an FPS and action guy, Jason enjoys the occasional well crafted title from every genre.
@jason_tas
Previous Trailer: Modern Warfare II’s first trailer is live (and live-action)
Next A “classic” RPG in the Warhammer 40K universe, Rogue Trader is on the way