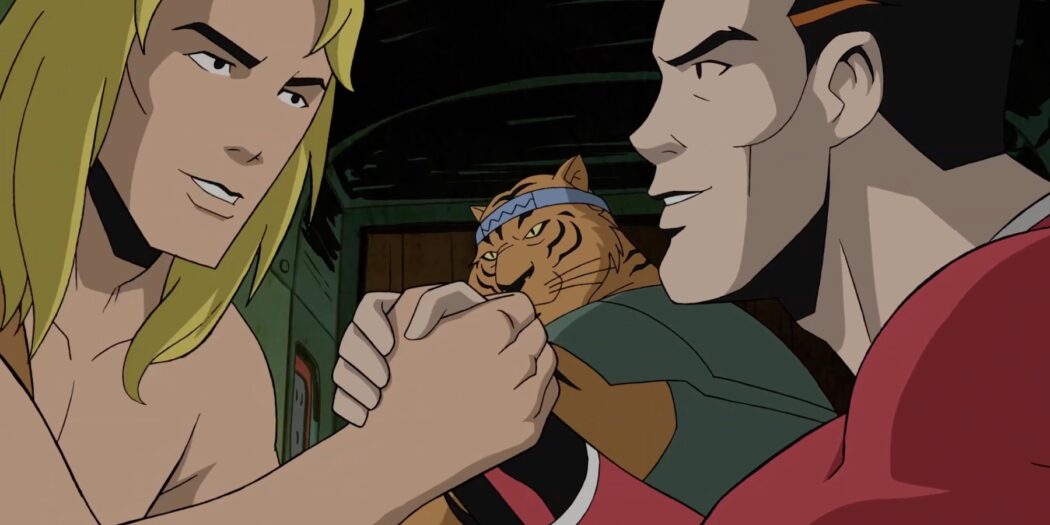 DC’s animated Kamandi short set to return for Constantine: The House of Mystery

If you missed Kamandi, as a part of last year’s Justice Society: WWII release, you’re in luck. The post-apocalyptic short will be returning in Constantine.

The last boy on Earth

Kamandi is an interesting property for DC Comics. For one thing, he hasn’t seen a meaningful role in the company’s offering sheet for years (decades?), but his world is also a pretty cool one. Not to mention, it’s wholly unique for DC. For the uninitiated, Kamandi is a post-apocalyptic tale.

First seeing racks in 1972, Kamandi was created by comics titan Jack Kirby. But even with that pedigree, it didn’t have the longest run, lasting about 6 years. Since then though, DC has attempted to bring Kamandi back to the fore a few times.

With a world that’s more or less divorced from the DCU proper, that’s a tall order. But even so, there might be a future in animation in store for what’s actually a pretty neat character and set of ideas.

Kamandi: The Last Boy on Earth! debuted with Justice Society: WWII in 2021, as an extra feature. But that same short will be offered again this year, in the DC Showcase that is Constantine: The House of Mystery.

Here’s a fresh set of images from the episode:

Ape clan leader Golgan puts Kamandi and his pals through a battery of physical tests as he attempts to ascertain who will be most fit to find the cult’s departed god, The Mighty One. Goldan is voiced by Steve Blum (Star Wars: Rebels, Cowboy Bebop, Naruto franchise).

Kamandi is relieved to discover another familiar face – humanoid mutant Ben Boxer – as he and Tuftan attempt to find an escape from the clutches of the ape clan. Cameron Monaghan (Gotham, Shameless, Reign of the Supermen) gives voice to Kamandi, while Tuftan is voiced by Steve Blum (Star Wars: Rebels, Cowboy Bebop, Naruto franchise) and Armen Taylor (Justice Society: World War II) provides the voice of Ben Boxer.

After skillfully subduing the beast, Kamandi goes on the attack atop Klik-Klak in Kamandi, The Last Boy on Earth!. Cameron Monaghan (Gotham, Shameless) provides the voice of Kamandi

Kamandi and a few of the humanoid rats get snapped up in a netting trap set by the ape clan in Kamandi, The Last Boy on Earth!  Cameron Monaghan (Gotham, Shameless, Reign of the Supermen) provides the voice of Kamandi.

Jason's been knee deep in videogames since he was but a lad. Cutting his teeth on the pixely glory that was the Atari 2600, he's been hack'n'slashing and shoot'em'uping ever since. Mainly an FPS and action guy, Jason enjoys the occasional well crafted title from every genre.
@jason_tas
Previous Trailer: Visit strange new worlds and colonize space in Ragnorium
Next Video: Into the Starfield vol.3 talks up the upcoming game’s sound design and score