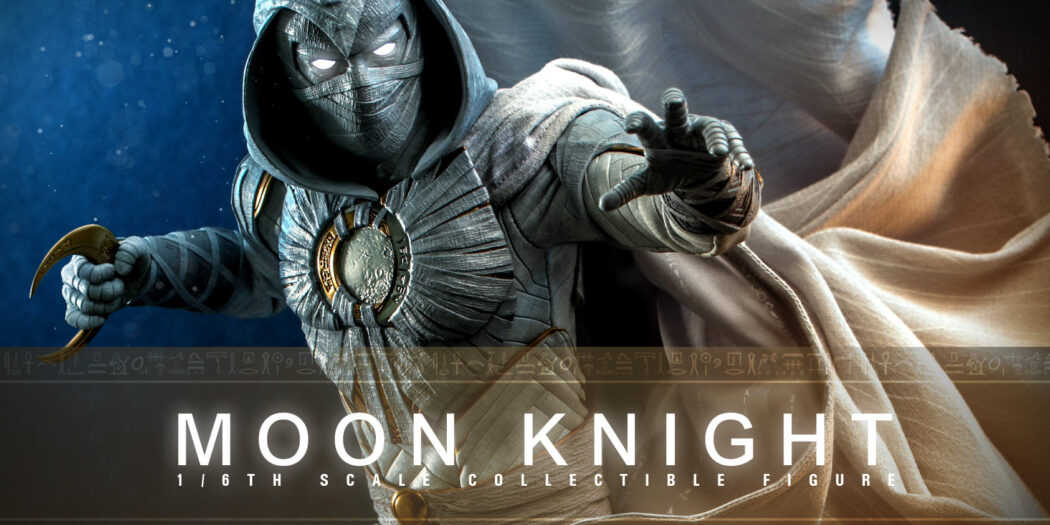 As the moon rises high in the night sky, Marc Spector dons the garb of Moon Knight. Now the superhero is a TV star, and also a Hot Toys collectible figure.

One of those second (or maybe third) tier Marvel superheroes, Moon Knight has always enjoyed a pretty solid fanbase. Yeah, he might not be a name that immediately leaps to mind when thinking “Marvel”, but he’s undeniably cool.

That goes for the pre-split-personality version and the revamp. Both have their strengths. It’s the later edition of the hero though, that’s the focus of the newest Marvel Disney+ show. Existing in the MCU canon, Moon Knight is played by actor Oscar Isaac, and seems off to a fast start.

If you’re a fan, and have been wanting to add a little MK to your collection, then you’re going to live what Hot Toys has cooked up. Today’s reveal is a super-detailed new addition to the company’s TV Masterpieces line, with a 12″ Moon Knight from the show.

Moon Knight looks like he left off the screen, which is not unusual for a Hot Toys piece. But he has a little extra flair too, in that his eyes light up a spectral white.

Along with the usual assortment of accessories that you’d expect from the company, Moon Knight is set to ship out some time in the second half of 2023. He’s up for pre-order now though, and is priced in at $285 USD over at Hot Toys retail partner Sideshow. Check him out here.

Jason's been knee deep in videogames since he was but a lad. Cutting his teeth on the pixely glory that was the Atari 2600, he's been hack'n'slashing and shoot'em'uping ever since. Mainly an FPS and action guy, Jason enjoys the occasional well crafted title from every genre.
@jason_tas
Previous WWE 2K22 (Xbox Series X|S) Review
Next Classic fantasy title The Wheel of Time returns to head up GOG’s newest collection