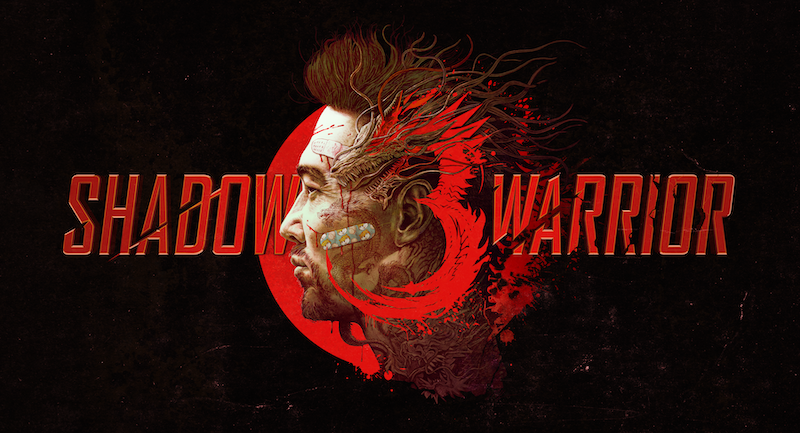 Lo Wang is back once again, and this time is up against the apocalypse itself. Of course, it’s an apocalypse he brought on, but you get the drift.

Out of the shadows

Maybe one of the most under-appreciated first-person shooters in the modern catalog, Shadow Warrior just keeps rolling. A far cry from the spoof that the name embodied back in the 90s, developer Flying Wild Hog’s rebooted series has a personality all its own.

It’s still comedic for sure, but that and the base themes are pretty much all the twin sets of games have in common. The new Shadow Warrior features a young Lo Wang (punny), who is a self-styled superhero that’s always getting into a little too much trouble. At least that’s his story in SW3.

I have to admit, I haven’t played much of this series before this newest title. I had a cup of coffee with the original reboot, but that’s about it. As to why, I can’t really say, but I see now that I’ve been missing out.

Shadow Warrior is loaded with awesome weapons, fantastic good-looks, and solid control. Oh, and maybe just as important than all of that, a personality that differentiates it nicely from pretty much every other modern FPS.

I’ve had the good fortune of playing a bunch of great FPS titles to kick off 2022. Each one was really different, and to all of their benefits. Halo Infinite (yes, I know it came out last year), Serious Sam: Siberian Mayhem, and Dying Light 2 are all in that mix, and I’d easily say Shadow Warrior 3 was right there with them.

Where last we left out heroes… actually, hang on, because I don’t really know where we last left out heroes. I didn’t play much of SW, remember? In any event, and if you didn’t either, Shadow Warrior 3 does an excellent job filling in the gaps.

Apparently, there’s a dragon. And I don’t mean any old dragon, but a gigantic dragon that’s as big as Manhattan island. And this bad boy (or, is that girl?) is basically the living embodiment of the end of the world. The beast is wreaking havoc on all creation, and it looks like it’s all Lo Wang’s fault. Don’t be shocked.

From his own filling-in, and a playable flashback, Wang was on track to stop the monster. But as he’s wont to do, he seemingly didn’t take it as seriously as he probably should have. So when SW3 opens, it’s more or less the post-apocalypse already. Wang is hold-up in the wreckage of his home, where he talks to the mask of his seemingly-dead best pal. Who’s also kind of a god. It’s complicated.

The setup is wild, action-packed, and all kinds of insane. It’s not the most groundbreaking of things, but the narrative is perfectly fitting for Wang and his wild world.

Moreover, the script is great. Wang is voiced by Mike Moh, who takes over for the previous actor Jason Liebrecht. While I’m not going to get into it here, you can likely imagine why that change was made. You’re allowed to think whatever you like about it, but Moh does a fantastic job and is funny as all get out.

Gameplay in Shadow Warrior 3 is a lot of what you’d expect from an FPS. You mainly wield guns, which you find along the way in Wang’s adventure. There are shotguns, a nasty pistol, SMGs, and more. All of them are fun to use, look and sound terrific, and can be upgraded.

There’s a lot more though, as most enemies render their own hardware when they’re defeated. Much like in the modern Doom series, SW3 gives players the ability to perform special finishing moves. Most of these will give Wang a limited-use weapon to brandish and some of them are pretty wicked.

Also like in Doom, SW3 deals out ammo (and health) as glowing pickups that dot arenas and come from slaying foes. Oh, also like in Doom (and Halo Infinite) Wang has a grappling hook. He even makes a joke about that at one point.

This might sound some me-tooing, but these are modern FPS gameplay innovations at their core. And combined with SW3’s overall sense of humor and fast and gory gameplay, you have a pretty great time.

But don’t get the wrong idea

There are two more points though, that buck the above trend and make SW3 standout amongst its peers. First, the game’s levels mainly consist of stretches of short exploration and ‘arenas’ filled with bad guys to take out (also… kinda… Doom-like).

So here’s what’s so freaking great – the arenas typically have some kind of environmental hazards that you can activate at will. From spinning blades to rolling pins of doom, these hazards make short work of Lo Wang’s demonic enemies, showering the battlefield with bodies and buckets of blood.

And then there’s the katana. Lo Wang’s blade is a melee weapon, but not how you’re probably imagining. ON the PC, it’s mapped to mouse 2 and is deployable within a second. With that setup, the sword can be seamlessly combined with his blasters when in combat.

Shooting at demons in the distance, spinning around to slice into a too-close-for-comfort enemy, then taking a few potshots at an airborne target before finishing another demon charging you is common. If that sounds complex, don’t worry because it isn’t. It’s all smooth as butter and fun as… well, it’s fun as hell.

One caveat though, before we move on. I found that the climbing mechanic didn’t always work perfectly. And of course, this tended to come at very bad times, when Wang had to leap off of one thing and clamber up another.

I’ve already mentioned actor Mike Moh, and the rest of the cast is equally solid. Alex Dobrenko is another standout, who’s Hoji is equal parts funny and irritating. And I mean that in a good way.

As for the graphics, Shadow Warrior 3 shines. The game is rife with details, and sports some fantastic design sense encapsulated within its maps, characters, and weaponry.

The demons that the game throws at you are stunningly varied. On top of that, SW3 likes to mix ’em up. You probably won’t get bored here fighting the same creatures over and over.

Shadow Warrior 3’s demons (or Yokai) include hat-wearing flyers, ice-cold scarecrow-looking things, walking accordions (that give up awesome guns), your standard run of the mill zombie… thing, and more.

Much like the demons, Wang also will make his way through some great looking maps. Those range from lush wilderness, to ancient temples, to crumbling dams.

There is a ton to like with Shadow Warrior 2. Again, it’s not a ‘groundbreaking’ title, but developer Flying Wild Hog got a ton and half right with it, and it gels so incredibly well.

Add in that personality, and it’s pretty tough not to love what’s happening here.

Lo Wang is back in the second followup to the rebooted Shadow Warrior from Flying Wild Hog. Shadow Warrior 3 brings it too, with terrific graphics and sound, solid controls, and a story that's loaded with plenty of comedy. It's a ton of bloody fun.

Jason's been knee deep in videogames since he was but a lad. Cutting his teeth on the pixely glory that was the Atari 2600, he's been hack'n'slashing and shoot'em'uping ever since. Mainly an FPS and action guy, Jason enjoys the occasional well crafted title from every genre.
@jason_tas
Previous Mondo’s 12″ Animated Wolverine figure is up for sale right now
Next Hot Toys’ Batcycle set to join The Batman