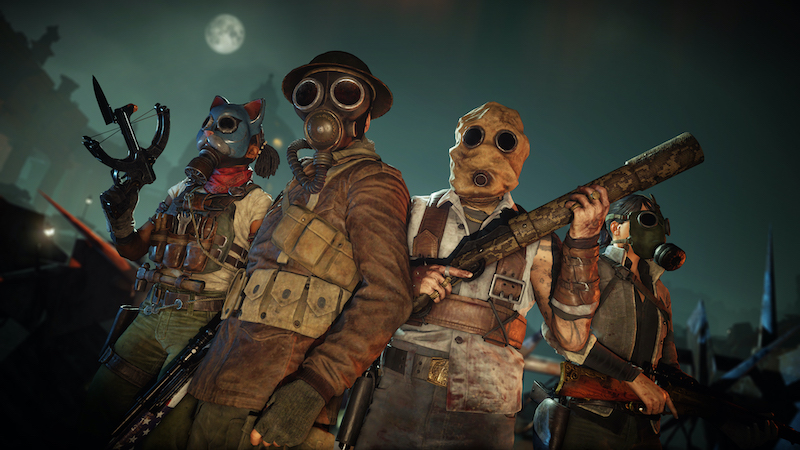 The dead are on the march for Nintendo’s Switch for an April launch date. With release not far off, you can set your Zombie Army 4 pre-orders now.

Rebellion, one of the world’s most successful independent studios, has today revealed that the forthcoming Nintendo Switch version of Zombie Army 4: Dead War will feature enhanced controls, allowing players to use the gyroscope to fine tune their aim, and Steam Cross Save* which allows you to take your Steam saves onto your Nintendo Switch to continue the fight on the move. Releasing on Tuesday, April 26 and available to pre-order now, Zombie Army 4 on Nintendo Switch will also dynamically change resolution to ensure a smooth 30fps experience, running up to 1080p when docked and 720p when undocked.

Jason's been knee deep in videogames since he was but a lad. Cutting his teeth on the pixely glory that was the Atari 2600, he's been hack'n'slashing and shoot'em'uping ever since. Mainly an FPS and action guy, Jason enjoys the occasional well crafted title from every genre.
@jason_tas
Previous Resident Evil 2, 3, and biohazard officially creeping onto current-gen consoles
Next Clint Eastwood makes his 1:6th debut with Sideshow Toys