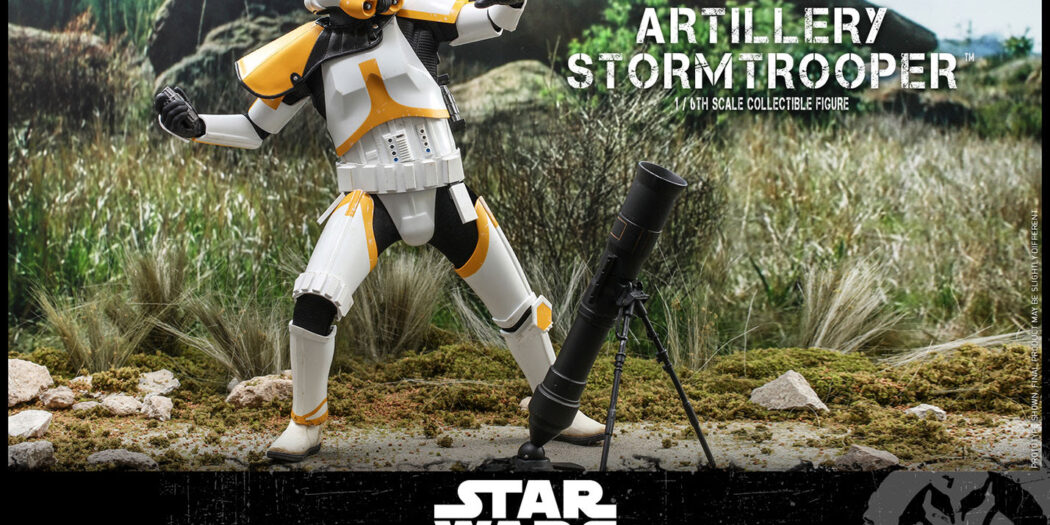 Straight from the hit Disney+ show, The Mandalorian, high-end collectible maker Hot Toys’ has its Artillery Stormtrooper inbound for release.

If you watched the second season of Disney’s The Mandalorian, then you know that it was a hotbed of new action figure designs. Pretty much every episode held some kind of cool new droid or alien. One of those, was definitely the Artillery Stormtrooper.

New versions of Star Wars’ classic cannon-fodder are always hits, and this yellow and white-clad baddie is no different. While there are more mass market options out there, discerning Star Wars fans will definitely want to check out Hot Toys’ version.

Up for pre-order via the company’s retailing partner Sideshow Toys, the Artillery trooper looks like he jumped right off the screen. He’s also packed with accessories, including an ammo backpack, and a mortar.

Up for pre-order via Sideshow Toys, the Artillery Stormtrooper is priced in at $220 USD. He’s set to ship some time in this first quarter of 2022.

Jason's been knee deep in videogames since he was but a lad. Cutting his teeth on the pixely glory that was the Atari 2600, he's been hack'n'slashing and shoot'em'uping ever since. Mainly an FPS and action guy, Jason enjoys the occasional well crafted title from every genre.
@jason_tas
Previous Marvel reboots Amazing Spider-Man again, with new run this April
Next McFarlane’s Scorched becomes latest record-breaker for the creator and Image Comics