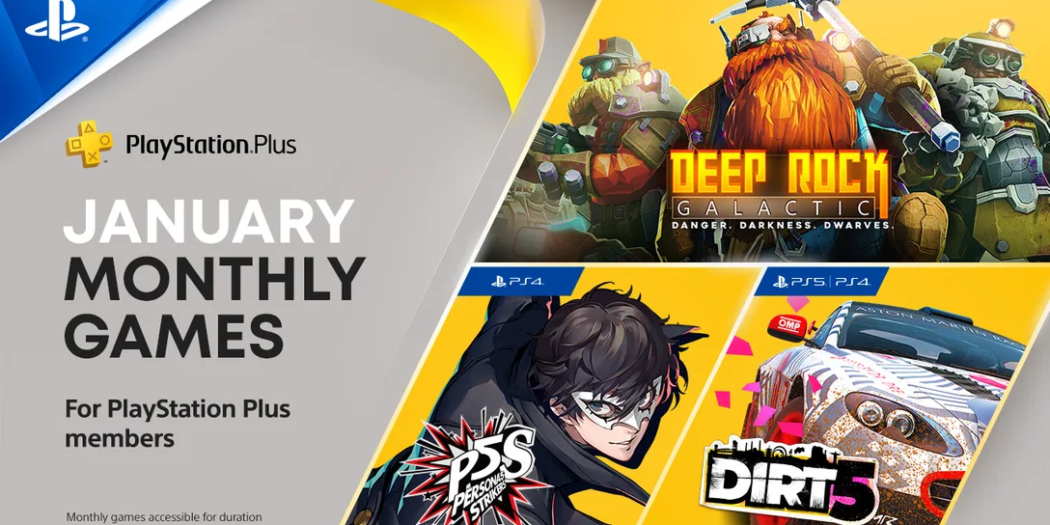 A lackluster lineup opens the new year for PlayStation gamers, with a trio of so-so freebies. Deep Rock Galactic, Persona 5 Strikers, and Dirt 5 are up.

Get anything good for the Holidays?

Much like with the Xbox’ “free” games lineup for January 2022, Sony’s not exactly burning up the charts with PS Plus this month. The PlayStation’s subscription service kicks the year off with Deep Rock Galactic, Persona 5 Strikers, and Dirt 5.

Three bad games? No, definitely not. All three have fanbases, and were hits at one time. But on the flip side, all three have pretty much had their day (what the possible exception of DRG), and probably won’t foster much in the way of enthusiasm.

Nevertheless, all three (yes, three) of the below games are free to download right now.

Jason's been knee deep in videogames since he was but a lad. Cutting his teeth on the pixely glory that was the Atari 2600, he's been hack'n'slashing and shoot'em'uping ever since. Mainly an FPS and action guy, Jason enjoys the occasional well crafted title from every genre.
@jason_tas
Previous The Batman arrives this spring, with the new collection from Spin Master
Next Castlevania classics return with a Limited Run Games physical edition