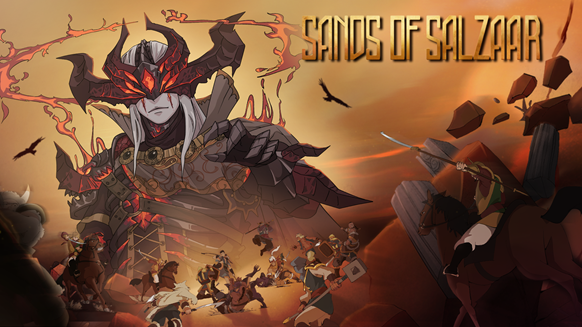 Trailer: Open-world RPG Sands of Salzaar out now on PC

Launching last week from XD and Han-Squirrel Studio, Sands of Salzaar has emerged from Early Access on the PC, and is available in final retail form.

Sands of Salzaar lets you lead mighty armies into epic battles while rising over a fantasy world of sprawling dunes to create your own legend, from lonesome hero to ruthless warlord. The Old Empire has fallen, leaving rival tribes to compete for control of a vast desert kingdom in an engaging story brought to life with unique hand-drawn visuals.

Featuring both “grand battles and strategy across massive sieges, dungeon combat and small-scale battles”, Sands of Salzaar is out right now on the PC via Steam.

Jason's been knee deep in videogames since he was but a lad. Cutting his teeth on the pixely glory that was the Atari 2600, he's been hack'n'slashing and shoot'em'uping ever since. Mainly an FPS and action guy, Jason enjoys the occasional well crafted title from every genre.
@jason_tas
Previous Full PC system requirements for Dying Light 2 released
Next Marvel’s new Punisher run seeks to redefine Frank Castle