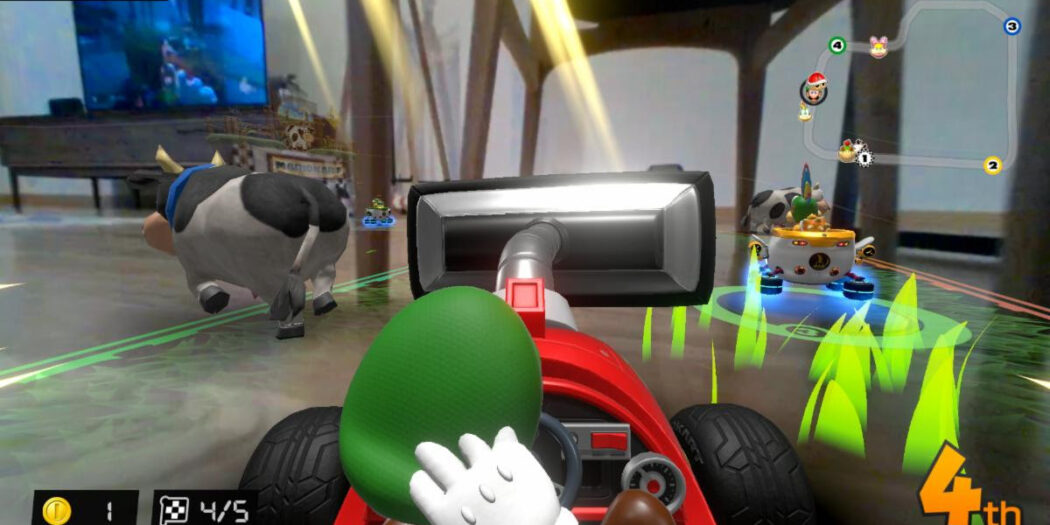 Nintendo’s RC racing title has just gotten a fresh infusion of content. Split-screen vs, a Relay Race mode, and a new cup are all ready for play.

Mario Kart Live: Home Circuit is a brand new experience for fans of the series. In it, players take control of an actual RC Mario Kart, and guide that little vehicle through homemade courses via their Switch. And these courses are enhanced, via on-screen graphics. So it’s kind of an AR experience in a way.

Now it’s gotten lot more content too, thanks to update 2.0. A free download, update 2.0 adds in new modes of play, as well as a whole new cup to play through, and more.

In the new Relay Race Mode, two to four players can play with one Mario or Luigi Kart and one Nintendo Switch system, taking turns as the game changes between players in an eight-lap race!* The software update also adds a new Cup – the Luigi Cup – with unlockable course customizations and three new courses: Windmill Meadows, Music Broadway and King Boo’s Courtyard. Place high enough in all three courses to unlock a new in-game kart customization: Luigi’s Poltergust!

In addition to the new update, it’s now less expensive than ever to buy into the game in the first place. The base Mario Kart Live: Home Circuit game is a part of Nintendo’s Black Friday offerings, and will be priced down to $59.99 USD, which is $40 off the usual tag.

Jason's been knee deep in videogames since he was but a lad. Cutting his teeth on the pixely glory that was the Atari 2600, he's been hack'n'slashing and shoot'em'uping ever since. Mainly an FPS and action guy, Jason enjoys the occasional well crafted title from every genre.
@jason_tas
Previous Hot Toys announces Spider-Man: No Way Home ‘Integrated Suit’ figure
Next Trailer: The Divine Right update goes live for Blightbound