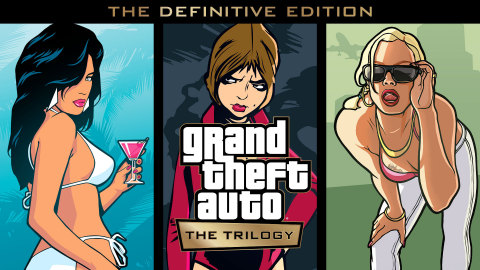 A packed week on the Switch brings a cornucopia of big names, including the Grand Theft Auto remasters, Shin Megami Tensei V, and Star Wars.

There are a bunch of new games landing on the Nintendo Switch this week, as usual. But even so, it might be the remakes and re-releases that are the bigger story. And that is because we’re talking about Star Wars and Grand Theft Auto.

Both Star Wars: Knights of the Old Republic and the Grand Theft Auto: The Trilogy – Definitive Edition arrive for the console, bringing a heaping helping of fan-favorite gaming action. As mentioned though, there’s a lot of new stuff as well, like Shin Megami Tensei V.

Jason's been knee deep in videogames since he was but a lad. Cutting his teeth on the pixely glory that was the Atari 2600, he's been hack'n'slashing and shoot'em'uping ever since. Mainly an FPS and action guy, Jason enjoys the occasional well crafted title from every genre.
@jason_tas
Previous New Marvel statues and Scarlet Witch figure hitting stores this week from DST
Next Hot Toys debuts massive new 1/4 scale Dark Knight Trilogy Batman