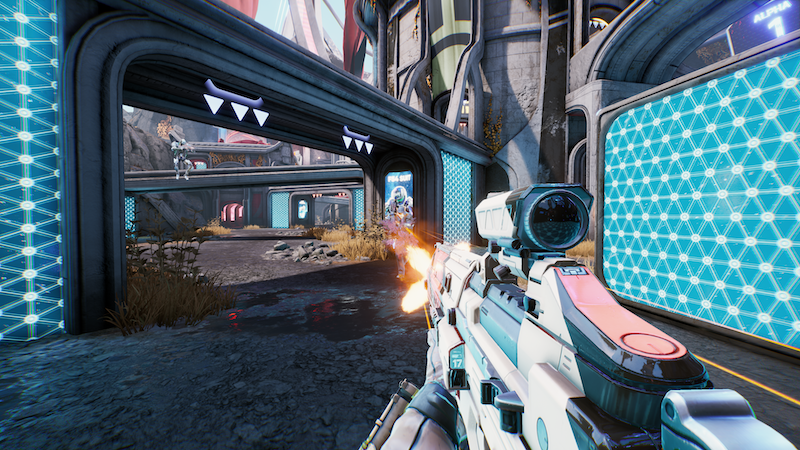 Multiplayer shooter Splitgate is back with a fresh update. This one brings with it a heavy dose of customization, plus an overhaul to the game’s UI.

Chose your own mode

In the custom games mode currently, players can create their own game modes and play with friends. Today’s update grants them the ability to define their own team traits, setting up the possibility for wildly mixed asynchronous matches. For example, Team A could have supercharged health but be unable to use portals and Team B could have far less health but they have use of portals and heavier weaponry. This is the first step of many planned updates in the custom games feature set for fans.

The possibilities are many, and with the update players are able to save their custom game modes and load them again later (prior to this update, players would have to manually change every custom setting every time). Additionally, there will be custom game presets for fans looking to set up a match in a faster, more streamlined way.

In addition to the above, Splitgate is winding down its Season 0. Players will have until November 30th to finish up with that, before the nest Season kicks off on December 1st, 2021.

Splitgate is out now on consoles and the PC.

Jason's been knee deep in videogames since he was but a lad. Cutting his teeth on the pixely glory that was the Atari 2600, he's been hack'n'slashing and shoot'em'uping ever since. Mainly an FPS and action guy, Jason enjoys the occasional well crafted title from every genre.
@jason_tas
Previous Nintendo Download: Design Your Own Slice of Paradise
Next Trailer: The Wii game returns, as A Boy and His Blob is out now on Switch