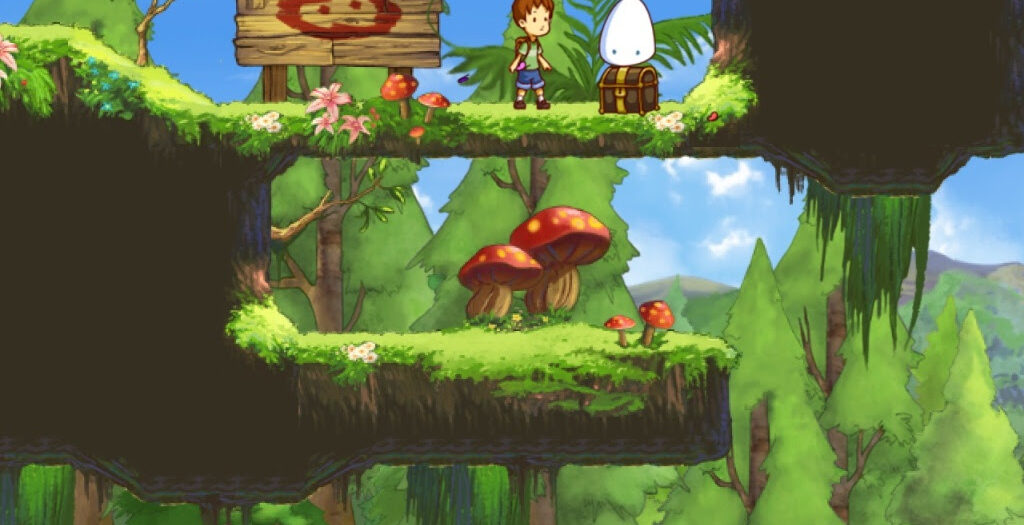 Home / News / Trailer: The Wii game returns, as A Boy and His Blob is out now on Switch

Trailer: The Wii game returns, as A Boy and His Blob is out now on Switch

Things are getting blobby over on the Switch. As in, A Boy and His Blob. The Wii game that reinvented the classic David Crane NES title is back.

The far-off kingdom of Blobolonia is under siege by an evil tyrant, and a brave “blob” has escaped to search for help. After crash landing on planet earth, he finds help in the form of an adventurous young boy who’s ready to lend a hand and save Blobolonia. In the game, players will control both the boy and his blob, as they explore beautiful hand-drawn 2D worlds and face an array of puzzling challenges. Depending on the obstacle, players must feed a variety of jelly beans to blob, turning them into useful shapes or objects to solve puzzles and defeat enemies.

A Boy and His Blob is now available on the Nintendo Switch, exclusively on the eShop for $14.99 USD.

Tags A Boy and His Blob WayForward wii

Jason's been knee deep in videogames since he was but a lad. Cutting his teeth on the pixely glory that was the Atari 2600, he's been hack'n'slashing and shoot'em'uping ever since. Mainly an FPS and action guy, Jason enjoys the occasional well crafted title from every genre.
@jason_tas
Previous Video: Customization abounds in new Splitgate mode
Next Activision debuts a pair of Vanguard cinematics in the wake of the game’s world premier