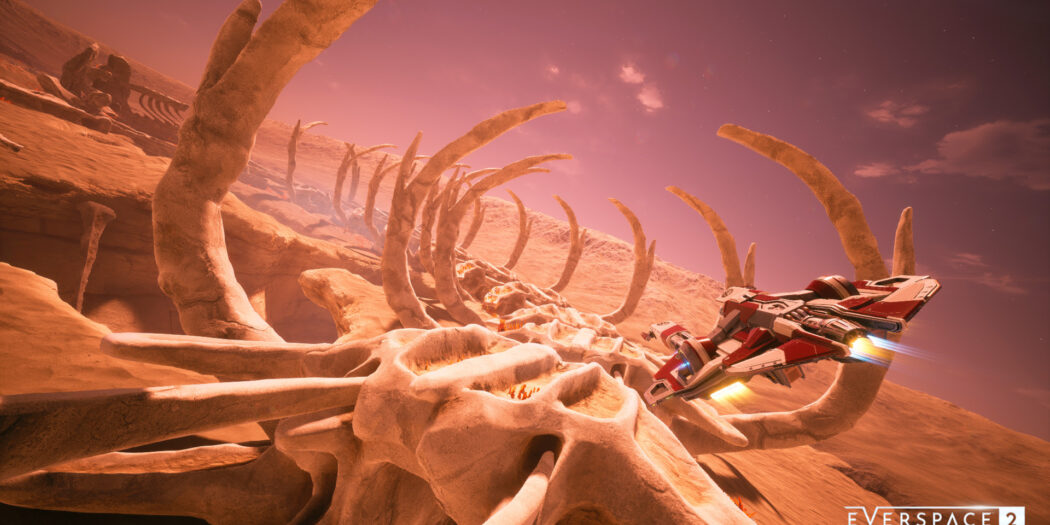 There’s a lot to the Khaït Nebula apparentlyt, and it’s the centerpoint of the newest expansion for Everspace 2. Get ready to dive into Stranger Skies.

Picking up where the last update’s story left off, EVERSPACE 2 players can now discover a new faction, alien life forms, and another companion in the latest star system. They’ll also gain access to a new player ship class, perks, puzzles, and more. The Khaït Nebula is filled with a whole host of space faring wildlife as well as The Redeemers, a cult of researchers turned to the worship of The Ancients.

In addition to the above, developer Rockfish Games has detailed its plans for 2022. That includes Everspace 2’s next big update, which will intro another new star system and ship, as well as a glimpse at the endgame. Don’t expect too much though, as the majority of that closing scenario is being saved for the full retail launch of the game, which won’t be til 2023.

The Khaït Nebula: Stranger Skies though, is out right now for the Early Access PC edition of Everspace 2 (which is also on Game Pass PC).

Jason's been knee deep in videogames since he was but a lad. Cutting his teeth on the pixely glory that was the Atari 2600, he's been hack'n'slashing and shoot'em'uping ever since. Mainly an FPS and action guy, Jason enjoys the occasional well crafted title from every genre.
@jason_tas
Previous Criminal Macabre returns with new hardcover
Next November’s Loot Gaming heads to Tamriel