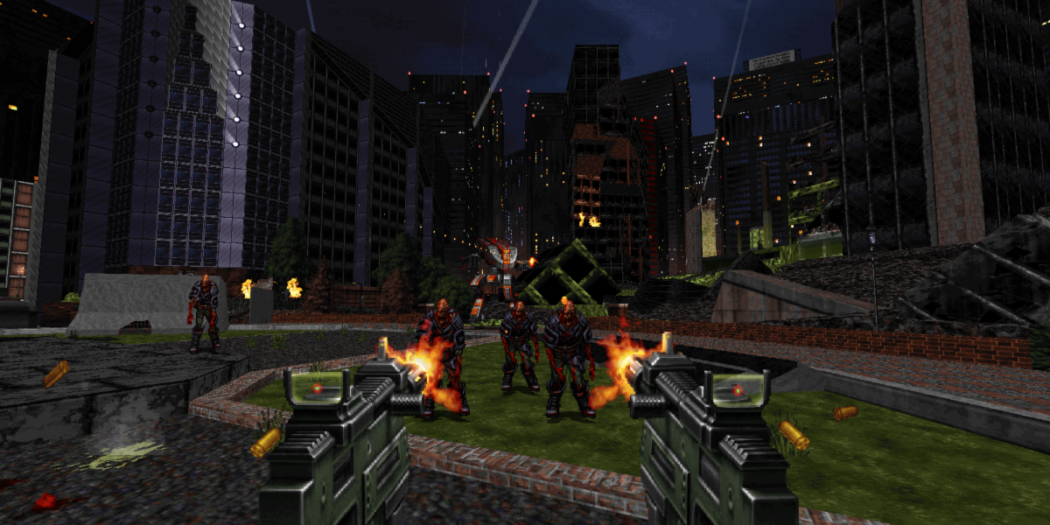 Out right now is a patch for 3D Realms and 1C’s Ion Fury, that not only adds in some new stuff, but also gets the title prepped for its 2022 expansion.

Is that an Aftershock?

Well no, not yet it isn’t. The Aftershock expansion pack though, is coming up in 2022 for Ion Fury, and update 2.0 is going to get the base title ready for just that occasion.

Not that it’s all maintenance and prep work in this new download. There’s actually a fair deal of new items included, mostly in the way of quality of life stuff.

Quality-of-life changes refine Ion Fury’s campaign. Map bug fixes make levels more pleasurable to navigate. Sleuths can utilize the radar to track down hidden secrets. Each weapon’s ammo reserves now fill up the cross-hair for enhanced battle awareness and an increased focus on staying alive. Players will also be able to earn Ion Fury trading cards on Steam at last, as well as collect items like profile backgrounds and emoticons from the Steam Points Shop.

But wait, there’s more! Ion Fury has also added in some performance tweaks, and a new inventory system. A little more modern than retro, this will allow players to accumulate items and use them at their leisure, instead of instantly upon pickup.

There’s also better integrated gamepad support, fresh level enhancements thanks to the prep for Aftershock, and some rebalancing for the game’s arsenal. The Chain Gun specifically now pushes hero Shelly back when used, and has a higher ammo capacity.

So there you have it, lots to look forward to right now for gamers blasting their way through the main campaign. And stay tuned for even more when Aftershock adds on vehicles, an arrange mode (for the base campaign), and a whole new narrative, when it arrives in 2022.

Jason's been knee deep in videogames since he was but a lad. Cutting his teeth on the pixely glory that was the Atari 2600, he's been hack'n'slashing and shoot'em'uping ever since. Mainly an FPS and action guy, Jason enjoys the occasional well crafted title from every genre.
@jason_tas
Previous Trailer: The Alien Cube terrorizing PC this month
Next Video: Prime Matter reveals voice cast of Gungrave G.O.R.E.