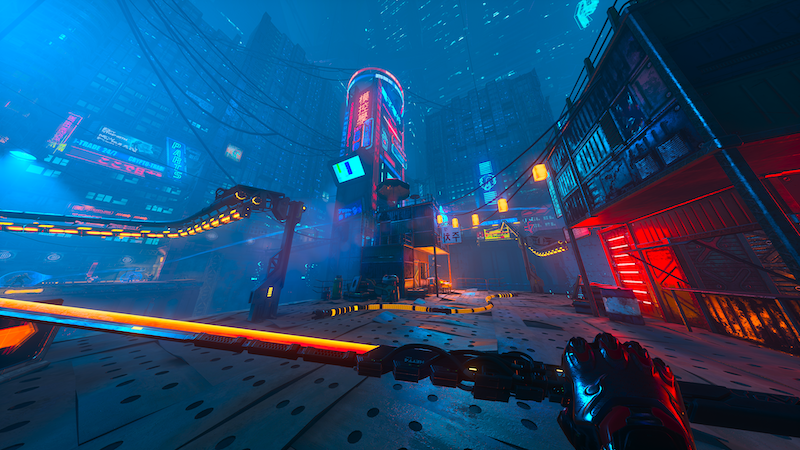 Time for another run. Ghostrunner slices and dices the PS5 and Xbox Series X|S today, bringing a significant visual bump and new modes with it.

Released last year, Ghostrunner was already a great looking action title. Centering on melee combat, and moving at super-fast speeds through complex levels of play, the game was awash in a cool neon-futuristic palette.

That was on last-gen platform though, and now the hero Jack is back and ready to parkour his way through the PS5 and Xbox Series X|S. Expect “ray-tracing fidelity mode, 4K/120 FPS, and 3D spatial audio” for this new reinvigorated edition of Ghostrunner, which looks all kinds of phenomenal.

Plenty of new-gen tricks at play there. And both fresh editions of the game will also be stocked with all of the game modes that saw release after launch.

Ghostrunner is available right now for both the PS5 and Xbox Series X|S, along with the $7.99 USD Jack’s Bundle pack. That’s a bundle of cosmetics, that includes “all cosmetics launched in Ghostrunner up until now, from the recently-released Neon Pack to the previous Winter and Metal Ox Packs.”

Jason's been knee deep in videogames since he was but a lad. Cutting his teeth on the pixely glory that was the Atari 2600, he's been hack'n'slashing and shoot'em'uping ever since. Mainly an FPS and action guy, Jason enjoys the occasional well crafted title from every genre.
@jason_tas
Previous Trailer: Dying Light 2 to hit Switch on February 4th, as Cloud Version
Next Trailer: Hot Wheels Unleashed taking to the track this week