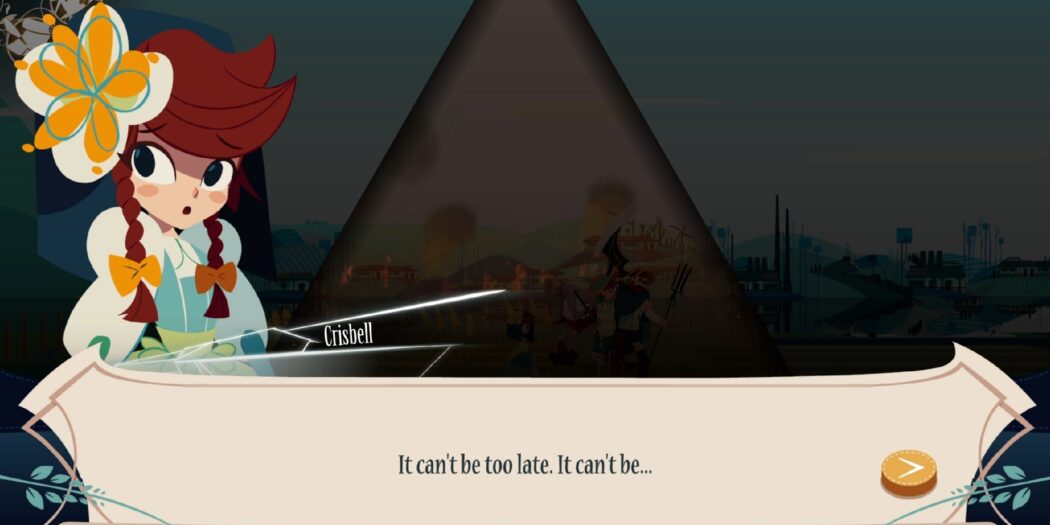 Home / Editorials / Cris Tales, NMH3, and More: The Games I Played During Summer 2021

Ohhh, gang. What a summer it’s been. I’ve played as many games as I can, and a half-baked plan to write about each of them went immediately awry after I misplaced/lost/deleted my digital notes for the very first game on the list.

But I’m a true professional, so I’m going to write about them anyway, only in swifter fashion. Let’s pretend it’s because you’re too busy to read a thousand words about each, and not because I’m too scatterbrained to do better.

These are the games I played this summer, plus or minus a couple months because it’s always summer here in California.

I never played the original Famicom Detective Club games, and rarely play visual novels or adventure games, but when Nintendo brings back an old IP, I bring out the wallet. After all, if Famicom Detective Club and Advance Wars succeed, then maybe they’ll believe the same will be true of 1080 Snowboarding, Wave Race, F-Zero, Custom Robo, Chibi Robo, etc. and etc.

The games show their age in design, but the new visuals are fantastic. The ability to change between the different versions of each song was greatly appreciated; often the retro tracks were the best at building a suspenseful mood. Some genuine work went into these updates on the part of developer Mages.

As for the plots, they have enough twists to keep me invested, and the way the two tie together is nice. I think I preferred the plot of the first (and its excellent use of imagery for foreshadowing) (don’t smoke, kids!), but the second definitely eases some of the problematic guess work that gates progress. Or maybe I just became used to the game’s language and conveyance of information.

While fun, you definitely need to be ready to talk to everyone, travel everywhere, and talk to everyone again, then wonder why nothing is progressing, talk to everyone about everything again, show them everything, travel, come back, talk, show, and maybe, juuuust maybe, the right combination of the above will be breached and allow you to continue the story.

(These were the notes that were lost, of course; all that comparing and contrasting of the games is worth nothing when it disappears!)

By virtue of obligations, I actually did have the opportunity to write about this one. It was a decently fun first-person shooter that got better the more time you grinded side missions, but then it ends right when it hits its stride. In retrospect, my review score may have been a little high, but that must say something about how much fun it was for the short time it came together.

World’s End Club’s demo was intriguing enough I had to pick it up (I always love when save data transfers over!). The story is filled with twists, each as memorable as the last, and the cast of characters really grew on me by the end. The opening scene was probably the strongest, especially in terms of gameplay; later chapters seemed less designed, as if the developer was more eager to tell the story than to finish the game. Still, the whole thing is worth playing, especially if that demo grabs you, thanks to its great cast, fun, wondrous spirit, and set of surprises.

I was hoping to follow the text-heavy early summer months with The Great Ace Attorney Chronicles, but, you know, time.

I haven’t played much yet of Mario Golf Super Rush (just the first 18 holes), but it’s a fun time with friends. Unfortunately, the truly new modes on display, Speed Golf and Battle Golf, require a second copy of the game for 4-player local play. Grumble grumble.

I anticipate I’ll give the adventure mode and new modes a try eventually, and I’m looking forward to playing standard golf with my father, but the lackluster 4-player support hampered this one right out of the gate.

Oh, Disgaea 6. You’re so much more and less of what you used to be. In short, I recommend first-timers go with Disgaea 5 Complete instead. It’s the fuller package. Long-time fans of the long-term grind may find themselves with mixed feelings.

The story mode is, as ever, a ton of fun. The characters are Disgaea, through and through, and the trouble they get up to is engaging for the run-time. The post-game has an assortment of new tools to make your characters stronger and stronger, including raising the level cap from 9,999 to 99,999,999 (I’ll be honest, I may have missed some 9’s). The new Juice Bar lets you make the most of your time, as do the achievement-based D-Merit system and the Karma/Super Reincarnation combo.

Autoplaying at 32x speed certainly takes the effort out of grinding, but in doing so makes playing feel pointless. When leaving the console AFK for an hour maxes out your party’s level, why bother manually repeating the same actions against the same enemies over and over again?

In that way, Disgaea 6 brings the sensibilities of auto-factory games or auto-playing mobile titles to streamline the franchise. So yes, I’ve gotten to a greater level of power than I ever have in the series, but, really, did I? Or did Disgaea 6 do it all on its own?

The real fun of Disgaea 6 is puzzling out efficiency. My brothers and I raced to the top, always finding new ways to more efficiently increase the staggering numbers of digits. Just don’t expect the variety of Disgaea 5.

(It should be noted that Disgaea 6 is the first in the series to use 3D models. They look fine. They don’t run well on the Nintendo Switch, but they don’t impact play that much. I still think they’re a step down from the HD sprites of prior games, but if NIS has to cut some corners to give me more strategy RPGs, I’ll take it.)

Cris Tales doesn’t allow screen captures of any kind of Switch. There, it had to be said.

Cris Tales is a gorgeous, JRPG-styled adventure that lets you experience the past, present, and future simultaneously. When it makes the most of its conceit, it is unlike anything else. You can immediately see the effects of your choices reflected on the right side of your screen, and controlling time to control the age of the enemies you fight is brilliant. Using it to set off a chain of abilities (making a target take multiple turns of poison damage at once; making bombs blow up immediately instead of later, etc) is a satisfying way to plan through combat.

Unfortunately, Cris Tales doesn’t always make the most of it. Only the towns and battles use the three-section view of the past, present, and future, leaving dungeons and the world map out in the cold. It doesn’t impact puzzle-solving outside of combat as a result, which is a shame. More disappointing is how few late-game boss fights are impacted by the past/future crystal effects (i.e. the different time zones). Sure, they still impact your own delayed abilities, but the character who relies on them is replaced by more straight-forward and effective healers/damage dealers.

Even the decision-making teased in the first town (and demo) doesn’t carry through. Each town requires a major choice, but if you do every side quest, you can pick both at once for the best possible solution. Knowing the results of your choice no longer carries weight.

Not making the most of its own mechanics doesn’t keep Cris Tales from being a good game. It does have some other problems (under-designed areas that suggest a different kind of time constraint, for example), but in the end its strong points make Cris Tales a solid RPG.

I never played the first two No More Heroes games, but they’re hardly necessary to play No More Heroes 3. There may be a couple of returning characters that I have no investment in, but if NMH3 is anything to go by, returning players probably don’t have much investment either.

I love the Gamecube-era sound effects, ridiculous writing, and always-inventive story-telling. The writing includes some effective callbacks and the different scenes play into each other well. I never really knew what was going to happen next or who I would fight as I climbed the rankings, which also made it difficult to care about any characters who showed up.

Other than Fu, who was awesome.

The action gameplay was fine. The minigames were funny but ultimately not very fun. Really, NMH3 lives or dies on its humor. I’m glad I played it, but I’m also glad it’s over.

Up next is playing NEO: The World Ends With You (which already has me genuinely hooked), Fuga: Melodies of Steel, and Tales of Arise (which is disappointingly single-player only; in every other way, it’s so far the best Tales of game since Tales of Vesperia).

I hope to come back for some of the titles I missed, like The Great Ace Attorney Chronicles, Monster Hunter Stories 2, or Shadowverse: Champion’s Battle, but it seems unlikely with such a packed Fall/Winter season. Oh well!

2021 has been another great year for games and only more proof that keeping up with everything is impossible. Still, we do our best here at Brutal Gamer. Check out our recent reviews of Tinytopia and Clid the Snail, and keep an eye out for more impressions on all the latest 2021 titles!

Brutal Gamer's Nintendo Editor began his gaming life a little late- at five years old. But he's made up for it in the two decades since, gaming and writing about gaming with the same passion, fervor, and unrelenting love as his five-year old self.
Previous Trailer: It’s high-strangeness all around in horror game The Alien Cube
Next Writer J.M. DeMatteis goes back to Ben Reilly’s first run with the webs for new book