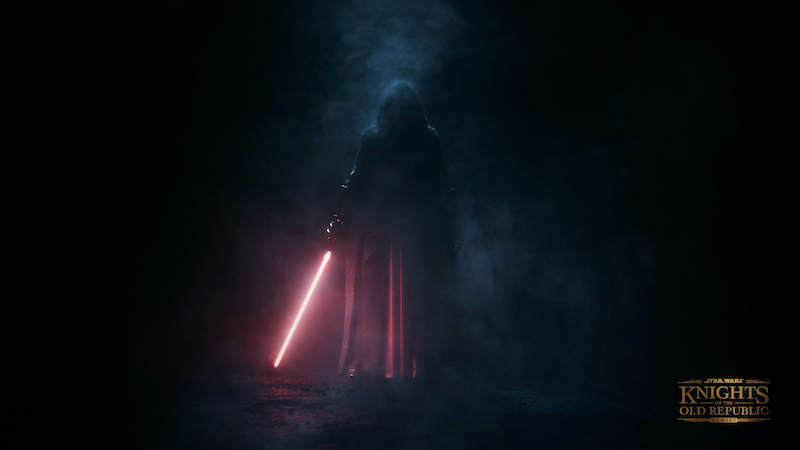 Star Wars: Knights of the Old Republic Remake coming for PS5 and PC

Revealed at Sony’s PlayStation Showcase, one of the best held Star Wars games ever, Knights of the Old Republic is getting a full remake.

It says something about a game to have as large and dedicated a fanbase as Star Wars: Knights of the Old Republic. But almost 20 years after its original release, KotR still enjoys exactly that. With that in mind, it’s no surprise to see that Lucasarts chose to bring that original KotR back to life. Though it is kind of a surprise to see they aren’t alone in that endeavor.

It was apparently a well-kept secret, but Lucasarts has indeed teamed with both Aspyr and Sony Interactive Entertainment. As you might imagine, that last company mentioned there too, would mean that it’ll be a PS5 console-exclusive. The former however, means that there will also be a PC version.

Development of Star Wars: Knights of the Old Republic – Remake is led by a newly created team composed of industry veterans at developer and publisher Aspyr, working in close collaboration with Lucasfilm Games. Aspyr and Lucasfilm Games have worked together in recent years to bring multiple classic Star Wars titles to modern platforms, including the original Star Wars: Knights of the Old Republic. The game will be published on PS5 by SIE, while the PC version of the game will be published by Aspyr.

First released in 2003, the award-winning Star Wars: Knights of the Old Republic still stands today as a landmark achievement, frequently ranked among the greatest video games of all time. A pinnacle of Star Wars Legends storytelling, Star Wars: Knights of the Old Republic is set around 4,000 years before the events of the original trilogy, introducing a new cast of heroes and villains in an epic struggle for the fate of the galaxy. The game is beloved by fans and has been praised by critics for its deeply engaging narrative, memorable characters, sense of immersion and discovery, and choice-based gameplay.

Excited? Yeah, it’s kind of tough not to be. Theres no release date just yet for Star Wars: Knights of the Old Republic Remake however. As soon as something breaks though, we’ll let you know.

Jason's been knee deep in videogames since he was but a lad. Cutting his teeth on the pixely glory that was the Atari 2600, he's been hack'n'slashing and shoot'em'uping ever since. Mainly an FPS and action guy, Jason enjoys the occasional well crafted title from every genre.
@jason_tas
Previous Trailer: Get a look at the story overview for the upcoming Insurgency: Sandstorm
Next Trailer: Bethesda dives into Deathloop’s story in PlayStation Showcase look