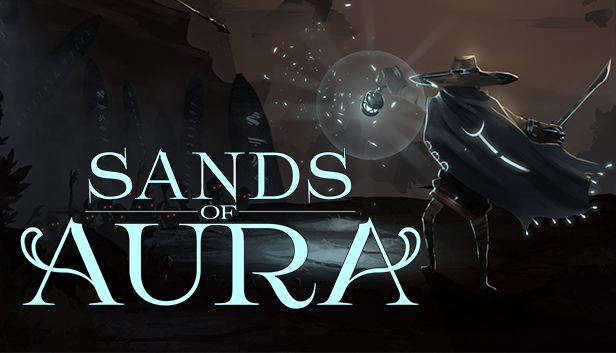 It’s a Soulslike, but it’s a different kind of Soulslike. Either way though, Sands of Aura is going to deliver a brutal and unforgiving adventure.

From souls to sands

Yes, it’s a different kind of tough as nails “soulslike” that Chashu Entertainment is set to bring to fans in a little under two months. In what I’m pretty sure is a new sub-genre for the… sub-genre, Sands of Aura combines dungeons crawls with the now-classic soulslike gameplay.

The result is a title that’s looking impressive, and promises to be a hard fought battle for gamers.

Talamhel’s Hourglass of Time has been shattered by a tormented god, scattering sand across the world and leaving it vulnerable to the Night Plague. Take up arms with the Order of Remnant Knights and protect what remains of humanity. Hoist the sails and explore a vast wasteland to discover islands teeming with undying foes on a quest to quench the thirsting lands.

Encounter enigmatic denizens who await a chosen one to cleanse the corruption. Discover complex questlines and prepare for consequences as these sand dwellers never forget. Survive against imposing bosses with a range of combat styles to slash, parry, and dual wield with freely customizable loadouts of armor, weapons, magic, consumable items, and more.

Take respite in listening to the thoughts of refugees in the Starspire sanctuary upon returning from dangerous ventures. Stock back up on supplies and relish these moments of serenity with a fully symphonic soundtrack by Eduardo Lopez (Grand Guilds, Wisp, Artificial Infiltration). When prepared to set out again, return to the sandsea. Gaze out to the distant horizon and take in the melancholic beauty of the realm before returning to the fray.

If you like what you see here, you won’t have that long ’til you actually can play it. Sands of Aura is set to land on the PC, via Steam and Epic, on October 21st, 2021.

Jason's been knee deep in videogames since he was but a lad. Cutting his teeth on the pixely glory that was the Atari 2600, he's been hack'n'slashing and shoot'em'uping ever since. Mainly an FPS and action guy, Jason enjoys the occasional well crafted title from every genre.
@jason_tas
Previous Trailer: High adventure awaits this week in Pathfinder: Wrath of the Righteous
Next Trailer: Toyetic town-maker Tinytopia is out now on PC and Mac