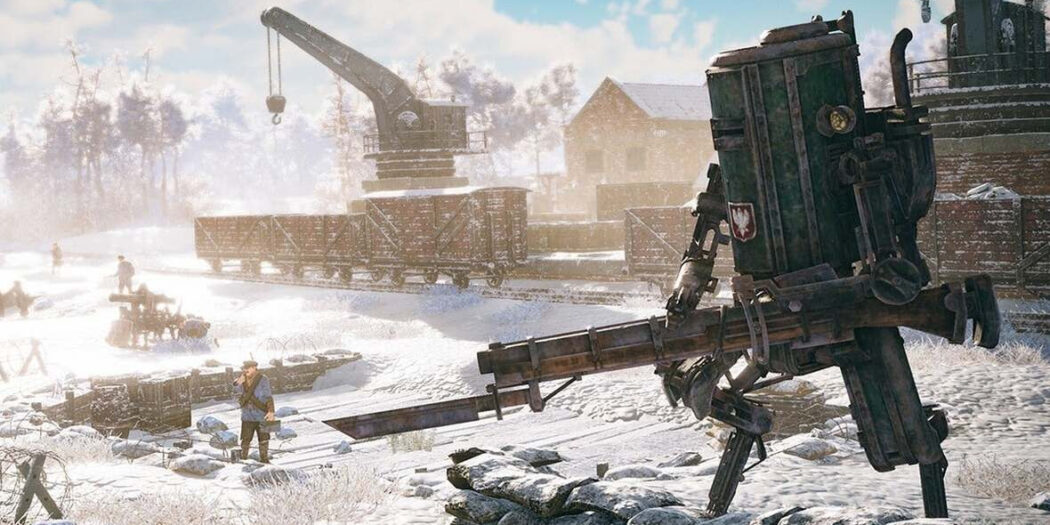 The Iron Harvest is expanding, as King Art Games excellent WWI-era, alternate-history RTS has been announced for current-gen consoles.

If you played Iron Harvest last year then you know it’s an excellent, and fairly old school, real-time strategy game. If you haven’t played it yet though, and you have access to the current round of consoles, then you’re in for a treat.

That’s because Iron Harvest: Complete Edition has been announced by indie studio King Art Games. As you might imagine, that “Complete” tag means this one’s loaded. Both the Rusviet Revolution and Operation Eagle expansion packs will be included.

All in all, the newly revised game includes 4 playable factions (and 4 campaigns), over 30 missions, 12 playable heroes, 18 multiplayer maps, and a ton more.

To celebrate the 1st Iron Harvest 1920+ anniversary, KING Art Games are happy to announce the Iron Harvest Complete edition releasing on October 26th for PlayStation 5 and Xbox Series S/X. This new instalment of the critically acclaimed RTS “Iron Harvest” contains the previously released “Rusviet Revolution” DLC and the “Operation Eagle” addon and will be accompanied with a new update that brings a new multiplayer map, a new buildable defensive structure, quality of life enhancements and a lot of tweaks and adjustments to the beloved squad based RTS. In addition to the gameplay content, KING Art Games also prepare the release of a new Iron Harvest Extended Soundtrack with 70 minutes of extra music from the main game and the “Operation Eagle” addon available on Spotify, YouTube, and other music platforms for this anniversary month!

Of course, all of the above wouldn’t mean much if the game wasn’t tailored to consoles. So obviously it will be every bit of that too. And as you might’ve noticed, you won’t have to wait long to play either. Iron Harvest: Complete Edition is coming to the PS5 and Xbox Series X|S on October 26th.

Jason's been knee deep in videogames since he was but a lad. Cutting his teeth on the pixely glory that was the Atari 2600, he's been hack'n'slashing and shoot'em'uping ever since. Mainly an FPS and action guy, Jason enjoys the occasional well crafted title from every genre.
@jason_tas
Previous Trailer: Jurassic Architect builds its own kind of new world
Next Trailer: Final No Time to Die trailer emerges, with October 8th theater date