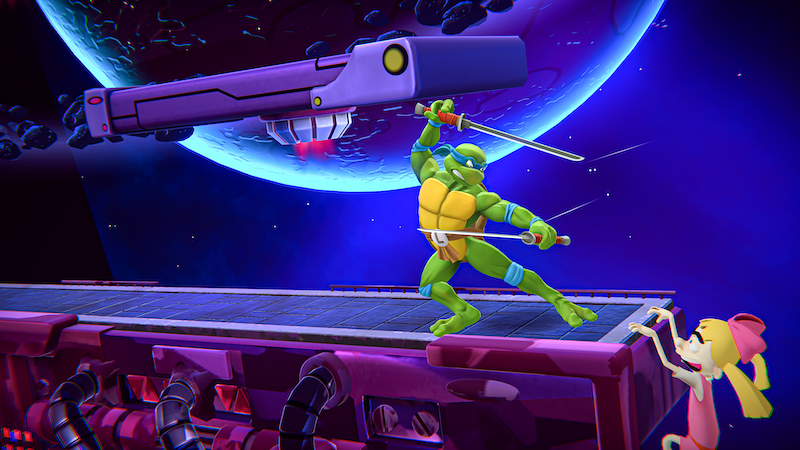 Nickelodeon All-Star Brawl gets 2 new character announcements, one from TMNT

Nickelodeon All-Star Brawl is getting a pair of additional characters, with CatDog and Teenage Mutant Ninja Turtles’ own April O’Neill.

Brawl for it all

If you don’t know what Nickelodeon All-Star Brawl is, basically just think Smaash Bros, and you have a good idea. The game takes a whole bunch of Nick cartoon characters, and pits them all up against one another, fighting game(ish) style.

And thanks to last week’s Gamescom show, we now know two more of the combatants. Those would be the Nick staple CatDog, and a legendary comic/cartoon character in her own right; April O’Neill.

Nickelodeon All-Star Brawl comes to the PS4, PS5, Xbox One, Xbox Series X|S, and Switch this fall. It’s also been announced as coming to the PC, via Steam, with the same release window as the console editions.

Jason's been knee deep in videogames since he was but a lad. Cutting his teeth on the pixely glory that was the Atari 2600, he's been hack'n'slashing and shoot'em'uping ever since. Mainly an FPS and action guy, Jason enjoys the occasional well crafted title from every genre.
@jason_tas
Previous Trailer: Side-scrolling cyberpunk action title Aeon Drive coming September 30th
Next Trailer: Real Heroes: Firefighter HD comes to Xbox this fall