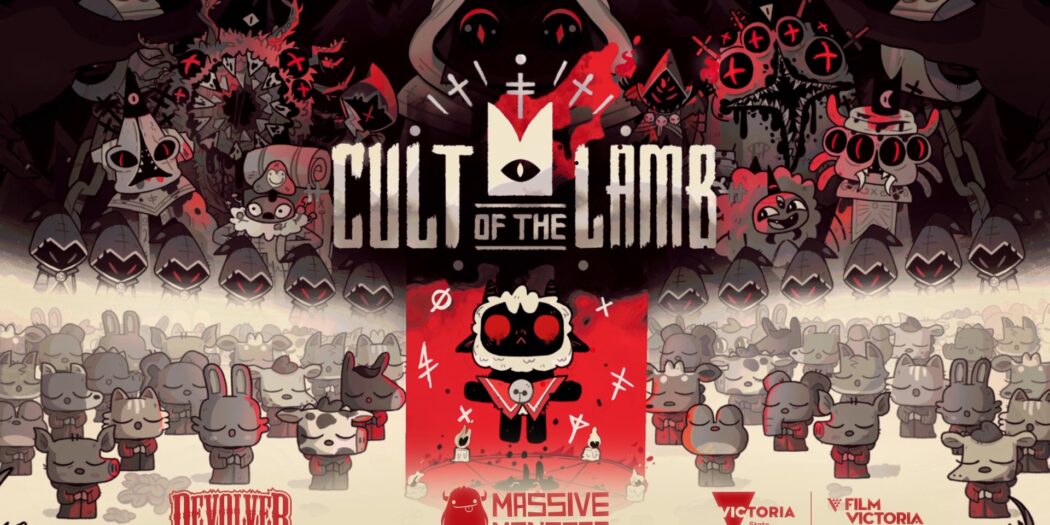 Home / Expo / Trailer: The Cult of the Lamb ready for worship in ’22

Trailer: The Cult of the Lamb ready for worship in ’22

Set in a dark and crumbling world, The Cult of the Lamb combines base-building with dungeon crawling. And cuteness. That too.

Cult of the Lamb casts players in the role of a possessed lamb saved from annihilation by an ominous stranger, and must repay their debt by building a loyal following in his name. Start your own cult in a land of false prophets, venturing out into diverse and mysterious regions to build a loyal community of woodland worshippers and spread your Word to become the one true cult. Every excursion into the sprawling realm reveals increasing hordes of new and more dangerous enemies, as well as rival cults whose influential leaders must be defeated in order to absorb their power and assert your cult’s dominance.

From Devolver Digital and Massive Monster, Cult of the Lamb is coming to PC and consoles in early 2022.

Jason's been knee deep in videogames since he was but a lad. Cutting his teeth on the pixely glory that was the Atari 2600, he's been hack'n'slashing and shoot'em'uping ever since. Mainly an FPS and action guy, Jason enjoys the occasional well crafted title from every genre.
@jason_tas
Previous Gamescom 21: Dotemu’s TMNT gets 2022 release, April as playable character
Next Loot Crate debuts new Doom Capsule Collection