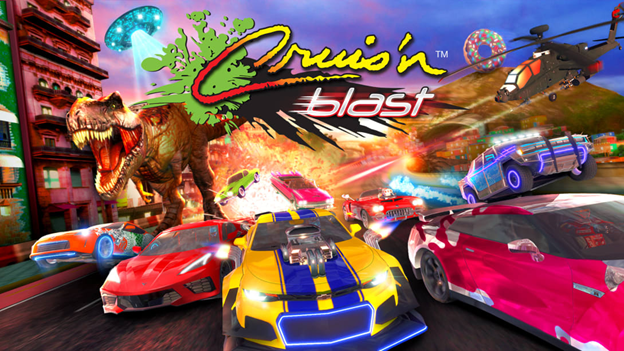 Home / News / Trailer: Take in the tracks of Cruis’n Blast on Switch

Wild and woolly racing comes to the Switch with Cruis’n Blast. Check out the highlights from the game’s 29 tracks of insanity in the new trailer.

Coming back to consoles after ten years, Cruis’n Blast bings the 2017 arcade title home for the first time. The game features 4 player, networked or local split-screen play, and a monster roster of 23 vehicles. And yes, one of them is a unicorn.

Available to pre-order now, Cruis’n Blast is set to race onto Nintendo’s console on September 14th.

Jason's been knee deep in videogames since he was but a lad. Cutting his teeth on the pixely glory that was the Atari 2600, he's been hack'n'slashing and shoot'em'uping ever since. Mainly an FPS and action guy, Jason enjoys the occasional well crafted title from every genre.
@jason_tas
Previous MOVO VSM-7 (Gear) Review
Next So how did James Gunn pick The Suicide Squad’s team members anyway?