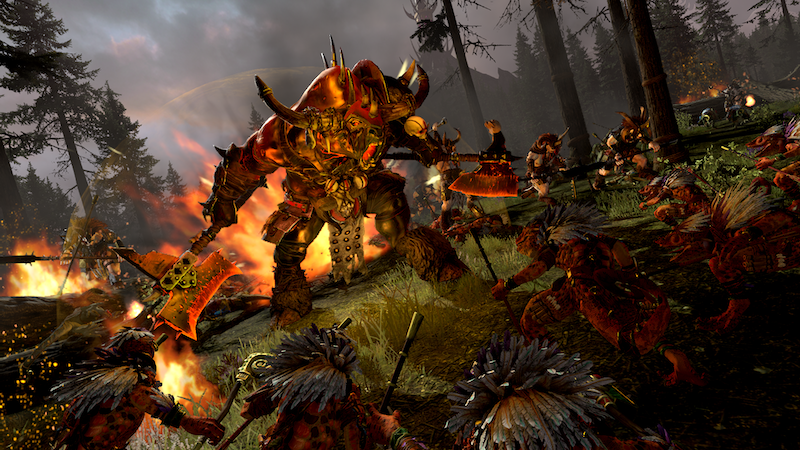 The sound of silence

The Silence & The Fury is the final Total War™: WARHAMMER® II Lords Pack and is set to go out with a FANG! as Taurox of the Beastmen takes on Oxyotl of the Lizardmen in a clash to determine the fate of the New World. When the Silence meets the Fury in a final confrontation, who will prevail?

The Silence & the Fury includes a ton of new content for Total War: Warhammer II. Along with the new story, that means fresh units to command as the Lizardmen try to stop the flow of Chaos into the New World.

Paid content isn’t all that’s come to the game though. A free DLC pack brings a Dwarf Lord, a Beastman Hero, and overhauls for both races. There’s also a selection of new mercs for your hiring pleasure.

Expect to see The Silence & the Fury arrive for the Total War: Warhammer II (on the PC) this July the 14th.

Jason's been knee deep in videogames since he was but a lad. Cutting his teeth on the pixely glory that was the Atari 2600, he's been hack'n'slashing and shoot'em'uping ever since. Mainly an FPS and action guy, Jason enjoys the occasional well crafted title from every genre.
@jason_tas
Previous Retro-future tactical RPG Encased coming this fall
Next Trailer: Daedalic talks The Lord of the Rings: Gollum in new video