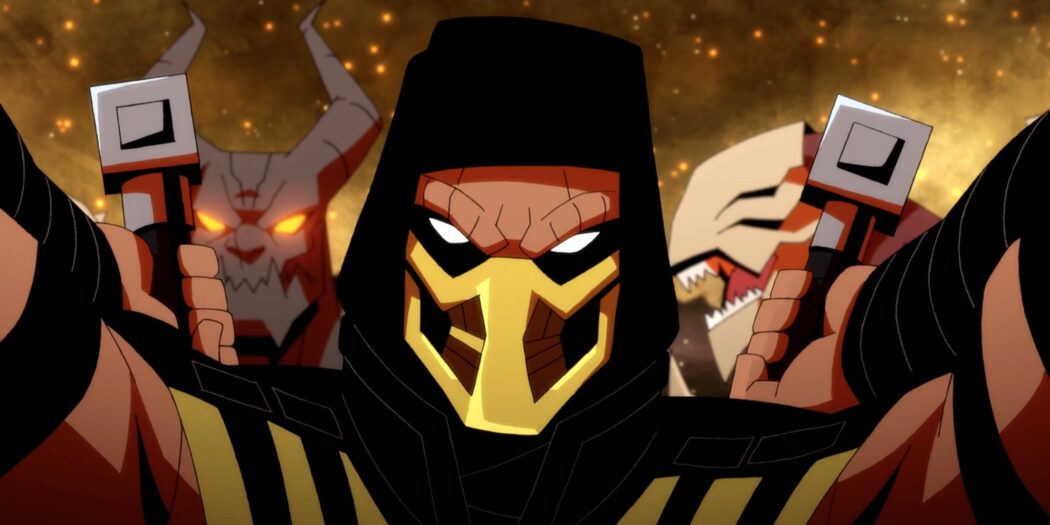 The sequel to Mortal Kombat Legends: Scorpion’s Revenge is almost here, and Warner Bros has releases a pair of trailers. One’s kinda bloody.

The Legend is back. Mortal Kombat Legends: Scorpion’s Revenge first hit home video back in April of last year. And with it, came a pretty faithful opening round in what’s looking like it might be a series of animated films.

There’s no focus on Scorpion for the sequel though, as this one is looking a little larger in scale. Mortal Kombat Legends: Battle of the Realms looks like it’ll feature a massive tournament, one loaded to the rafters with MK characters.

In the first trailer, Warner showcases the fighters that every MK fan knowns and loves, plush way more. There are some fairly deep cuts here, including a bunch of Tarkatan warriors that make for some pretty great fodder. Oh, and there’s lots of blood and gore.

Well, there is in one of these first-looks. Warner has release both Green and Red Band trailers for the movie, so make your choice and take a peek at what’s on the way.

Mortal Kombat Legends: Battle of the Realms is set to hit home video on August 31st, 2021.

Jason's been knee deep in videogames since he was but a lad. Cutting his teeth on the pixely glory that was the Atari 2600, he's been hack'n'slashing and shoot'em'uping ever since. Mainly an FPS and action guy, Jason enjoys the occasional well crafted title from every genre.
@jason_tas
Previous Trailer: Apogee’s Secret Agent returns with new levels and more
Next Captain America’s 80th anniversary gets variant cover slate from Marvel