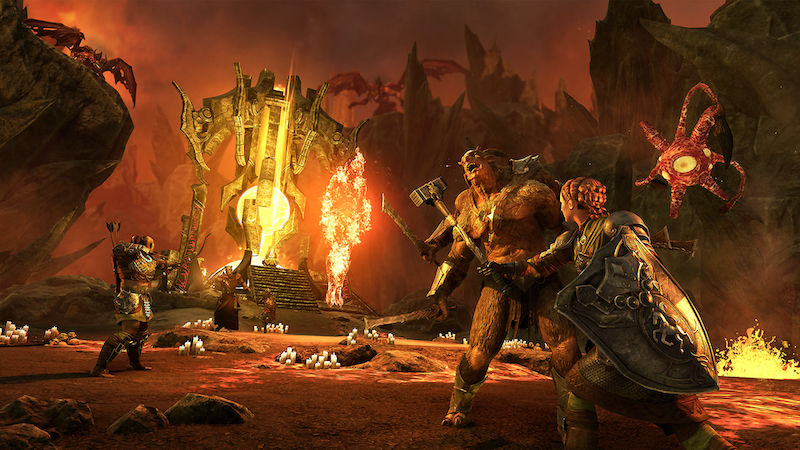 Waiting to dig back into The Elder Scrolls Online? Well now might be your time. For starters, Blackwood is here, and so is the new console overhaul.

The Elder Scrolls Online: Blackwood is out right now for the PS4, PS5, Xbox One, Xbox Series X|S, PC, Mac, and Stadia. And as you can see above, the new visuals will be ready for the current-gen consoles in just a few days.

Jason's been knee deep in videogames since he was but a lad. Cutting his teeth on the pixely glory that was the Atari 2600, he's been hack'n'slashing and shoot'em'uping ever since. Mainly an FPS and action guy, Jason enjoys the occasional well crafted title from every genre.
@jason_tas
Previous E3 2021: Fallout 76’s Steel Reign arrives on July 7th
Next E3 2021: Doom Eternal goes current-gen on June 29th