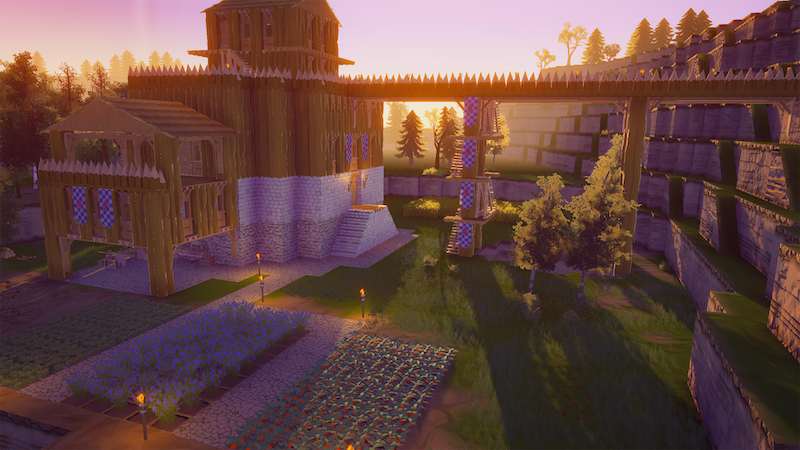 Released into early access last week, Going Medieval is the latest entry in the city-building, survival genre, and set in post-plague Britain.

You probably don’t immediately think ‘gaming goodness’ when you think of the Black Death. Not that there haven’t been a few games to take advantage of that time period in Europe over the years, but still. It’s not an oft-used setting by any means.

That’s one of the things that makes Going Medieval kind of unique though. Well, that along with the mix of survival elements and city-building that Foxy Voxel has put together for this title from publisher The Irregular Corporation.

Going Medieval transports players back to the Dark Ages, as the known world recovers from a calamitous plague. Survivors have emerged from society’s ashes, and it’s up to you to help them settle in a dangerous land reclaimed by nature. Build your people a home, help shape their lives, and protect them from animals, bandits, and other dangers in a lawless post-calamity age.

Plan, create and build your settlement using a variety of materials at your disposal. Protect your settlers from the elements, including hunger, enemies and even the weather, and defend your colony from rival factions by building impenetrable, multistorey fortresses or strategically placed archers and traps. Observe your settlers, all with unique histories and agendas, to figure out how to best serve them – happy people are productive people, after all.

Pretty slick, and still sporting its launch discount on Epic too. The Epic Games Store still has its Epic Mega Sale happening, and Going Medieval is a part of it, with a 10% discount happening. On top of that too, there’s also a $10 coupon that you can nab for yourself. So some solid savings possible there.

Going Medieval is available on more than Epic though, and can be purchased from GOG and Steam as well. Officially the game is still in Early Access on all three platforms though, so just keep that in mind.

Jason's been knee deep in videogames since he was but a lad. Cutting his teeth on the pixely glory that was the Atari 2600, he's been hack'n'slashing and shoot'em'uping ever since. Mainly an FPS and action guy, Jason enjoys the occasional well crafted title from every genre.
@jason_tas
Previous The Divison Heartland Won’t Be Shown At Ubisoft Forward
Next Devolver Digital set to debut MaxPass+