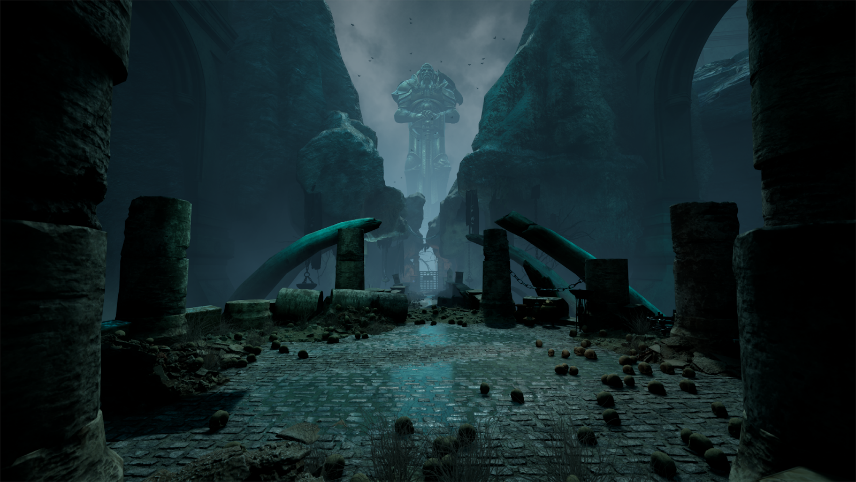 VR fans who’ve been patiently waiting for more on Warhammer Age of Sigmar: Tempestfall finally have both a trailer, and a beta test to play.

Announced some time back, Warhammer Age of Sigmar: Tempestfall takes the newly revamped Olde World into the realm of virtual reality. The title casts players as a Stormcast Eternal, a warrior of the god Sigmar.

Set in the Age of Sigmar universe, Tempestfall’s campaign begins following the devastating event noted in history as the Necroquake in the Realm of Death, also called Shyish. This massive explosion of dark magic has triggered the Nighthaunt forces to rise up all across the Mortal Realms. In response a retinue of Stormcast Eternals, the embodiment of Sigmar’s wrath made manifest, gifted with superhuman speed, strength and endurance has been specially assembled.  The quest to lead this retinue and investigate this new threat to the Mortal Realms, and the dangerous task of a hands-on investigation in Shyish, falls to you, Lord-Arcanum Castor Stormscryer.

Become a mighty Lord-Arcanum, wielder of storm magic, and lead a Stormcast Eternal task force to recover your brethren’s lost souls. Walk the realm of Death and engage the dreaded Nighthaunts using iconic weapons of a Lord-Arcanum with immersive motion-based abilities and magic. Failure is not an option.

Aside from the trailer, there’s also that beta test to discuss. Tempestfall’s beta is taking requests through the 10th of this month (June). That’s taking place on the Carbon Studios Discord channel. Just remember that if you want to get in on the beta, you’ll need a VR-capable PC and a headset.

And on top of all of that, there’s a giveaway too. Also now through the 10th, Carbon Studios is giving away some “game goodies”. All you have to do to get in on that, is to “take a screenshot confirming you wishlisted the game on either Steam or Oculus and send it to us at [email protected]

The winner will be announced on that Discord channel mentioned above, on June 10th. Warhammer Age of Sigmar: Tempestfall is set to hit PC VR platforms and the Oculus Quest 2 this summer.

Jason's been knee deep in videogames since he was but a lad. Cutting his teeth on the pixely glory that was the Atari 2600, he's been hack'n'slashing and shoot'em'uping ever since. Mainly an FPS and action guy, Jason enjoys the occasional well crafted title from every genre.
@jason_tas
Previous New imagery released for Batman: The Long Halloween
Next Hot Toys’ Iron Man 2 reissues continue with War Machine