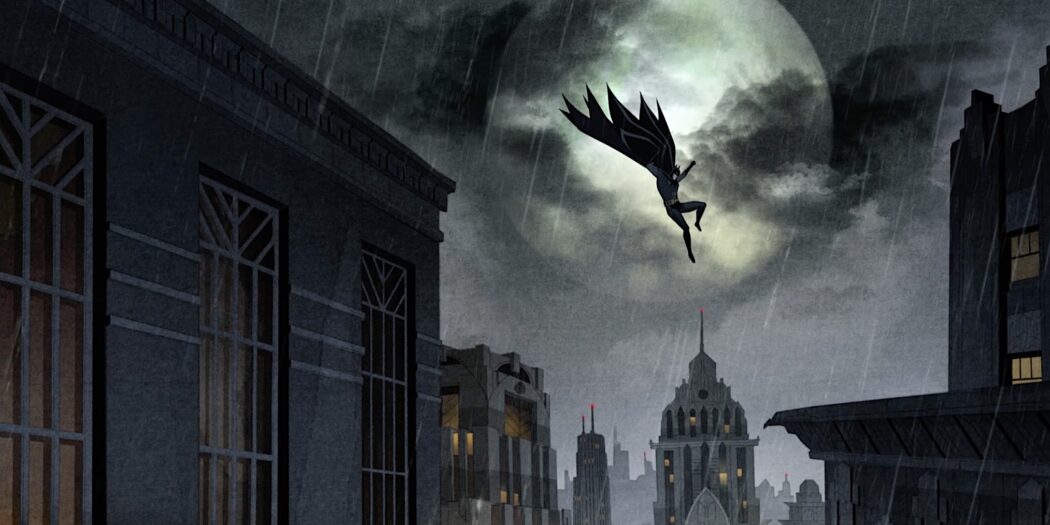 Coming soon, the animated adaptation of DC Comics’ Batman: The Long Halloween is shaping up to be a noire-filled, and somewhat familiar adventure.

Looking at the newest selection of images taken from Warner Bros’ Batman: The Long Halloween, I can’t help but feel a bit nostalgic. It’s not just that it’s an iconic Batman tale, though I’m sure that’s a part of it. No, the sense of nostalgia instead comes from the fact that this new DC Comics adaptation looks an awful lot like the classic Batman: The Animated Series.

Not that The Long Halloween looks exactly like it, but it’s tough not to notice the design sensibilities in both the city itself and the characters. Not that I’m complaining in the least, since it honestly doesn’t get much better.

And it sounds like there’s a good reason for all of that, since Supervising Producer Butch Lukic was aiming for such a feel. Not in so many words though, instead Lukic cites the book itself, as well as the legendary film The Godfather as inspiration.

“I wanted to give the film a timeless look, kind of like the book, where you can’t pinpoint the actual time period,” said Lukic, who cited 1940s crime films and The Godfather as further inspiration for the film’s stylish, nuanced art direction. “I really set out to make Gotham City a character onto itself. All the backgrounds were thought out to have a look or feel of classic cinematography. I even shadowed most of the backgrounds myself to get the right style of lighting needed for particular scenes, and to give the film that classic noir look.”

Deep shadows and a dark, haunting color palette go beyond the dialogue to inform the scenes in Batman: The Long Halloween, Part One, and this is particularly noticeable in this image featuring Bruce Wayne meeting with Carmine Falcone in The Roman’s office.

Butch Lukic’s art direction shines throughout Batman: The Long Halloween, Part One, particularly in his use of shadows and lighting – as evidenced by this image of Catwoman (and her shadow) sprinting across a Gotham City rooftop.

Chasing Catwoman across the skyline of Gotham City, Batman leaps from one building to another – perfectly framed by the full moon – in this scene from Batman: The Long Halloween, Part One.

Batman: The Long Halloween Part 1 is set to debut on both digital formats and Blu Ray disc on June 22nd.

Jason's been knee deep in videogames since he was but a lad. Cutting his teeth on the pixely glory that was the Atari 2600, he's been hack'n'slashing and shoot'em'uping ever since. Mainly an FPS and action guy, Jason enjoys the occasional well crafted title from every genre.
@jason_tas
Previous Behold the burning world of Khorne in Total War: Warhammer III
Next Warhammer Age of Sigmar: Tempestfall gets gameplay trailer, and closed beta 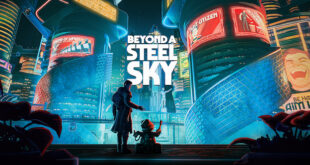 Trailer: Beyond a Steel Sky brings a long-awaited sequel to consoles and PC tomorrow

Nintendo has a sleigh-load of Cyber Monday deals loaded up. The main draw are digital …