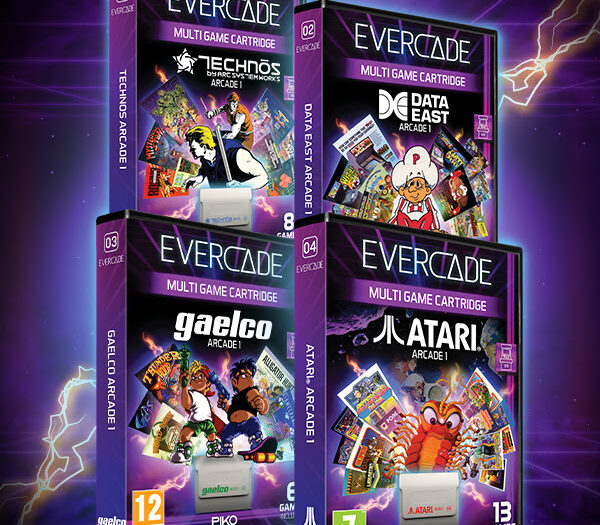 Arcade titles are coming to the Evercade handheld and VS

Evercade is venturing into some territory that fans have been clamoring from day one – arcade games. The first volley of titles arrives this fall.

The Evercade handheld only saw release last year, so it’s still plenty new. But that’s not stopping the UK company from moving and shaking aplenty. They recently announced a home-edition expansion, with the Evercade VS, and now we have confirmation that arcade games are on the way too.

That’s something that fans of the console have been asking for seemingly from jump street, so it’s a pretty big announcement. If you don’t know, when the Evercade first arrived, it brought collections of classic console games with it. That’s plenty cool by itself, but the promise of more was there.

Now there’s a slate of 4 new carts coming up, set to land at retail this fall, packed with arcade titles. These run the gamut from some of the very first standups to games like Double Dragon (the arcade editions) and more. Carts that are arcade-originals will come packed in purple-spined clamshells, while the standard console stuff will retain the familiar red boxes.

You can look for all of the above to be in stores this November the 3rd, alongside the new Evercade VS. Pre-orders will begin a heck of a lot sooner though, on the 28th of this month (May, 2021).

Additionally, Evercade has published their full roadmap for the year. So have a peek at that as well, and see what you’ll be able to pickup, and when.

Jason's been knee deep in videogames since he was but a lad. Cutting his teeth on the pixely glory that was the Atari 2600, he's been hack'n'slashing and shoot'em'uping ever since. Mainly an FPS and action guy, Jason enjoys the occasional well crafted title from every genre.
@jason_tas
Previous Trailer: The Addams Family is coming back to gaming with a new platformer
Next Batman: The Long Halloween, Part 2 gets a first look